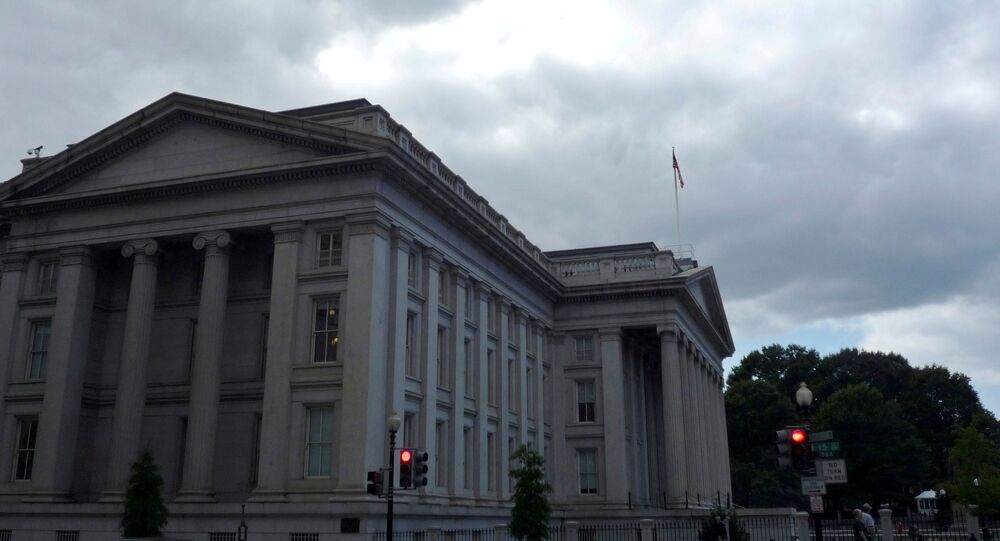 WASHINGTON (Sputnik) - The United States has imposed sanctions on Cuba’s Minister of Revolutionary Armed Forces and on the Interior Ministry’s special brigade, the US Treasury announced on Thursday.

Minister Alvaro Lopez Miera and the Interior Ministry’s special brigade have been designated under the Global Magnitsky Act, according to the Treasury Department website.

© REUTERS / KEVIN FOGARTY
Video: 'Cuba Libre' Painted in Front of Cuban Embassy in Washington, DC
These sanctions the United States imposed on Cuba are "just the beginning" in a set of measures that the Biden administration seeks to target individuals and entities responsible for oppressing the Cuban people, US President Joe Biden said later in a statement.

The Biden administration has criticized the Cuban government for its crackdown of recent protests and threatened to sanction a number of officials as well as not allow Americans to send money to relatives in Cuba.