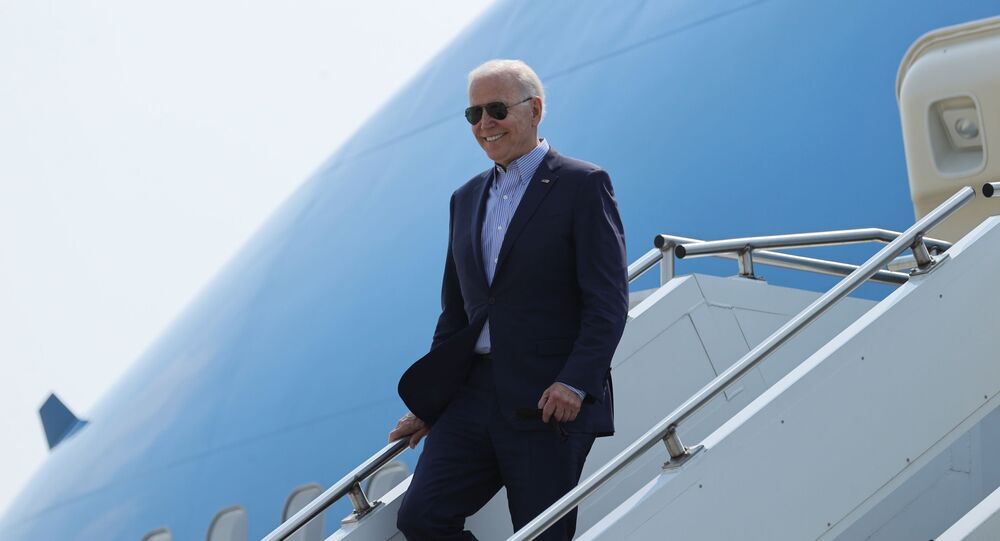 Biden, who is the US' second Catholic president in history, has been harshly chastised by pro-life activists over the years for his support for abortion rights. Last month, a group of bishops in the country approved a declaration that seeks to bar Biden from receiving communion because of his views on abortion.

Catholics and pro-life activists spoke out against President Joe Biden's visit to a Catholic university in Cincinnati, Ohio, on Wednesday, and are encouraging protesters to attend.

"The university is hosting a president who claims to be Catholic, yet has the most pro-abortion administration in the history of our country?" Right to Life of Greater Cincinnati announced in a statement that they would be protesting the event and that they would provide information on how to join them. "President Biden carries responsibility for the deaths of hundreds of thousands of unborn lives."

Cincinnati Right to Life is calling on pro-lifers to protest the president's visit to the Catholic university tonight: "President Biden carries responsibility for the deaths of hundreds of thousands of unborn lives." pic.twitter.com/xNaEKeK9T4

According to media reports, many of the nearly 400,000 Catholics in the Cincinnati region have expressed their displeasure with the town hall meeting, which will be conducted by CNN's Don Lemon and broadcast on Wednesday from Mount Saint Joseph University.

The Sisters of Charity, a relatively liberal order of nuns, manage the university, which has approximately 2,000 undergraduate students.

Thus, the Archdiocese of Cincinnati said in a statement on Tuesday that Archbishop Dennis M. Schnurr would not have allowed President Biden to visit Catholic property, but it was not his decision to make.

"Archbishop Schnurr has therefore not been asked for, nor would he have granted, his approval for any such event to occur on Catholic premises," the statement read. "Mount St. Joseph University operates under the sponsorship of the Sisters of Charity and not under the direct oversight of the Archdiocese of Cincinnati."

However, the local Sisters of Charity sent a statement on Wednesday, only hours before the event, claiming they were "pleased" that CNN chose the university as the site of the town hall, but that the event was not directly associated with them nor was it their choice.

"We wish to clarify that the agreement [...] is between MSJ and CNN.  All decisions about the event are being made by CNN and MSJ and do not involve the Sisters of Charity," the charity organization's statement said. CNN is utilizing the Mount’s facility and will make the decisions on attendance at the event, whose questions will be asked of the President, etc."

"The University has always been and will continue to be a diverse and inclusive place where people from different races, ethnicities, social backgrounds, beliefs, and religions can come together to discuss and share their unique perspectives," the university said as per Fox News. "We look forward to introducing the Mount to a nationally televised prime time audience."

Previously, Biden, who often attends Mass, has stated that while he personally opposes abortion, he does not believe that this conviction should be forced on others.

Selfish or Brave? Netizens at Odds After Texas Valedictorian Hits Out at State's Abortion Ban