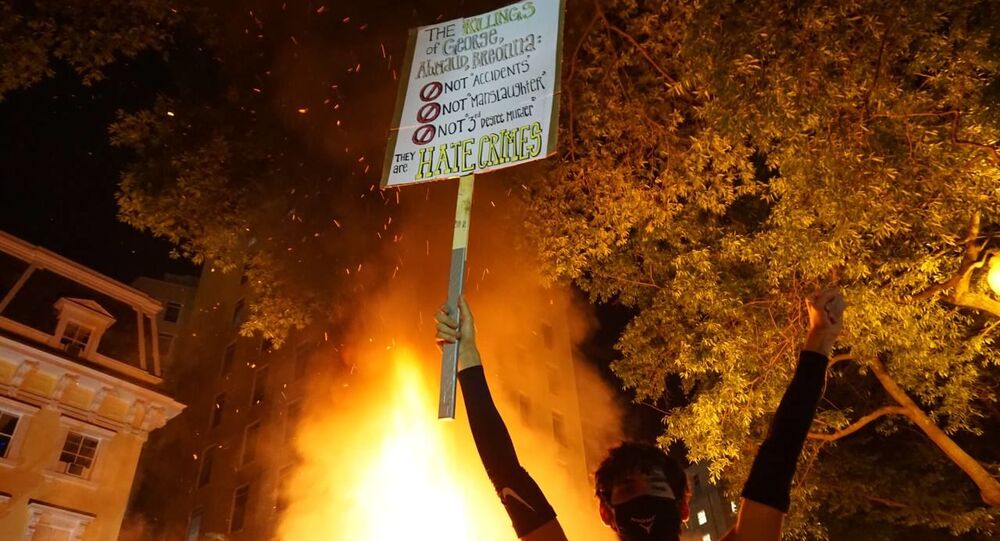 WASHINGTON (Sputnik) - Some 66 percent of US voters believe Congress should investigate the nationwide Black Lives Matter riots in 2020, as well as the riot that breached the Capitol Building in Washington, DC on January 6, a Rasmussen and National Police Association (NPA) poll said on Wednesday.

"A new national telephone and online survey by the National Police Association and Rasmussen Reports finds that 66 percent of likely US voters think Congress should investigate last year’s violent protests, in which more than 2,000 police officers suffered injuries in the line of duty," the poll said.

Only 21 percent of those polled did not think Congress should investigate the BLM protests, and 13 percent were not sure, Rasmussen said. The survey also found strong voter support for law enforcement on a range of issues including from the Hispanic and African-American communities, it also said.

© Sputnik
'Symbol of Hatred': Utah BLM Causes Twitstorm With Attack on Stars and Stripes
"The number of voters who want Congress to investigate last year’s violent protests is higher than the 49 percent who say they support House Speaker Nancy Pelosi’s select committee investigation of the January 6 Capitol riot," Rasmussen said.

According to a study of 68 major US cities made by the Major Cities Chiefs Association, in the summer of 2020, there were at least 574 protests that involved acts of violence, including assaults on police officers, looting and arson, it added.