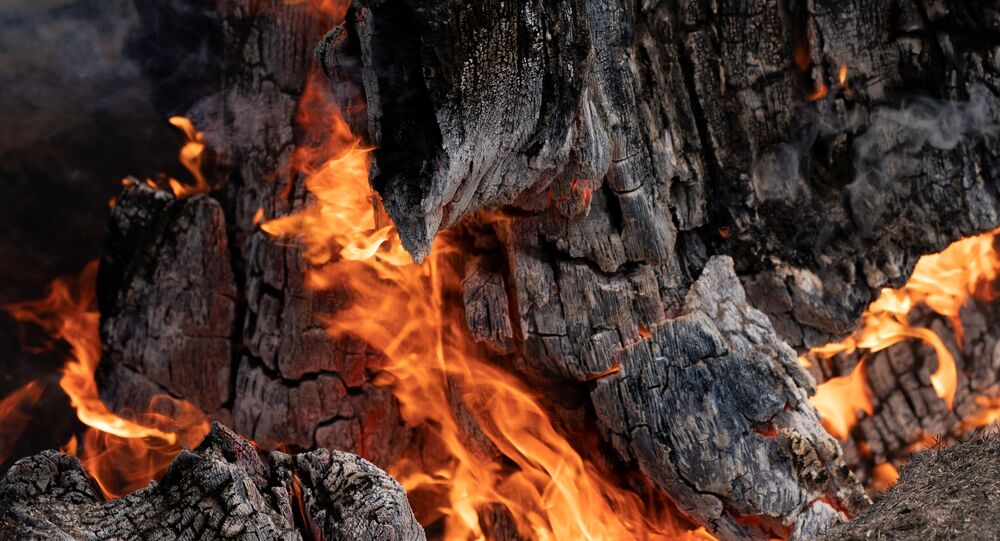 Ahead of the 2021 fire season, experts warned that disastrous wildfires could emerge across the US West Coast as a result of the region’s worsening drought and intense heat waves. Forecasters previously indicated that the season could see as much as 9.5 million acres consumed by wildfires, a stark increase from the 4.3 million acres burned in 2020.

A massive wildfire burning through much of Oregon for the last two weeks has grown so large and intense that it is beginning to change weather patterns and prompt air quality alerts for individuals on the US East Coast, officials revealed on Tuesday.

The latest figures released by US government agencies state that the ever-growing Bootleg wildfire has burned through roughly 388,359 acres, and is only about 30% contained despite continued efforts by first responders. The fire has destroyed over 70 homes and structures.

At present, some 2,250 individuals are on scene battling the blaze and attempting to mark out treated lines along the fire to prevent it from spreading elsewhere; however, measures have been repeatedly paused over the fire’s unpredictable conditions.

Marcus Kauffman, a spokesperson for the Oregon Department of Forestry, has offered some insight on the Bootleg blaze, telling the New York Times that the “fire is so large and generating so much energy and extreme heat that it’s changing the weather.”

© REUTERS / DAVID RYDER
A pyrocumulus cloud rises from the Bootleg Fire as it continues to grow in size near Sprague River, Oregon, U.S., July 18, 2021.

“Normally the weather predicts what the fire will do,” Kaufmann emphasized. “In this case, the fire is predicting what the weather will do.”

Officials have sounded off on pyrocumulus clouds that have repeatedly emerged within the Bootleg fire, noting that once such bodies form, they essentially produce their own thunderstorms that contain violent lightning and strong winds.

In one instance last week, the conditions of the Bootleg fire produced a pyrocumulonimbus, the so-called “big brother” of pyrocumulus clouds that can create extremely hot winds and fuel wildfires. Estimates suggest the cloud shockingly rose over 40,000 feet.

“It’s kind of an extreme, dangerous situation,” Chuck Redman, a forecaster with the National Weather Service stationed at the fire command headquarters in Oregon, told the Times.

The wildfire situation across much of the US West Coast has reached such a high intensity that smoke and haze caused by the churning blazes have started to cover parts of the US East Coast.

The National Weather Service’s New York station revealed earlier Tuesday that smoke and haze have been spotted across much of the tri-state area.

In fact, the smoky haze has prompted poor air quality readings in parts of Vermont and northern New York, according to advisories issued by the National Weather Service. The Air Quality Index placed readings in the Empire State at an “unhealthy” 155 grade.

Similar warnings were issued during the deadly 2020 fire season after wildfire smoke from California and Oregon managed to stretch out and reach the US East Coast, instantly causing poor air quality.

The Bootleg blaze is just one of 83 large active fires that are being battled across 13 states, according to figures provided by the National Interagency Fire Center, which noted that over 1.2 million acres have been destroyed thus far.