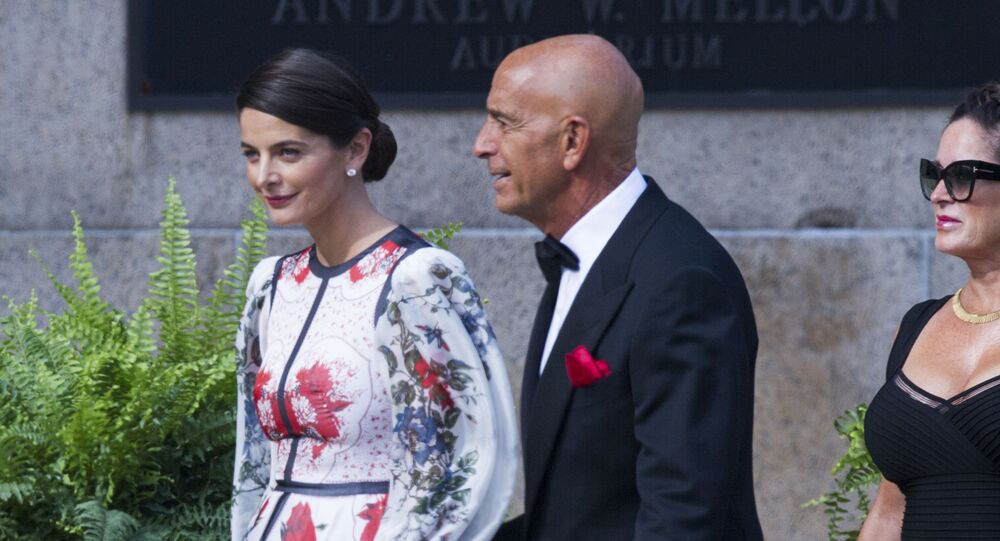 The longtime Trump confidant had been placed under federal investigation for at least two years after authorities grew concerned about his business practices following a May 2016 speech by the former president that appeared to praise the United Arab Emirates.

Thomas J. Barrack, a billionaire businessman who also happens to be a longtime friend of former US President Donald Trump, has been arrested and charged for violating foreign lobbying laws, the US Department of Justice announced on Tuesday.

A release issued by the agency details that Barrack was taken into custody in California and indicted on charges that allege the businessman lobbied on behalf of the United Arab Emirates (UAE) over a two-year period between April 2016 and April 2018.

"The indictment charges conduct relating to the defendant’s unlawful efforts to advance the interests of the UAE in the United States at the direction of senior UAE officials by influencing the foreign policy positions of the campaign of a candidate in the 2016 United States Presidential Election and, subsequently, the foreign policy positions of the United States government in the incoming administration, as well as seeking to influence public opinion in favor of UAE interests," the release reads.

At the time, Barrack, who is the founder of the private equity firm Colony Capital, acted as the chairman of Trump's 2017 inaugural fund.

Barrack was specifically charged with acting as an agent of a foreign government, obstruction of justice and making "multiple" false statements to federal agents. The obstruction and false statement charges stem from a June 2019 interview that Barrack had with federal law enforcement agents.

The filing notes that investigators were tipped off to Barrack's practices after it was determined that the Trump confidant had allegedly sprinkled in notably positive remarks about the UAE into a May 2016 speech that was given by the former president.

Claims put forth by the Justice Department also cite email exchanges between Barrack and Alshahhi, as well as incidents in which defendants were given "talking points" from unidentified senior UAE officials.

“The conduct alleged in the indictment is nothing short of a betrayal of those officials in the United States, including the former President," Mark Lesko, acting US attorney for the Eastern District of New York, said in a statement accompanying the release.

"Through this indictment, we are putting everyone - regardless of their wealth or perceived political power - on notice that the Department of Justice will enforce the prohibition of this sort of undisclosed foreign influence.”

Barrack and Grimes are expected to make their first court appearances later Tuesday in Los Angeles, before US Magistrate Judge Patricia Donahue. Matthew Herrington, Barrack's attorney, informed CNBC that his client was taken into custody "despite the fact that we've cooperated with this investigation from the outset."

'It's a Shame!' Trump Says Open Championship Should Have Been Held at His Scottish Golf Course