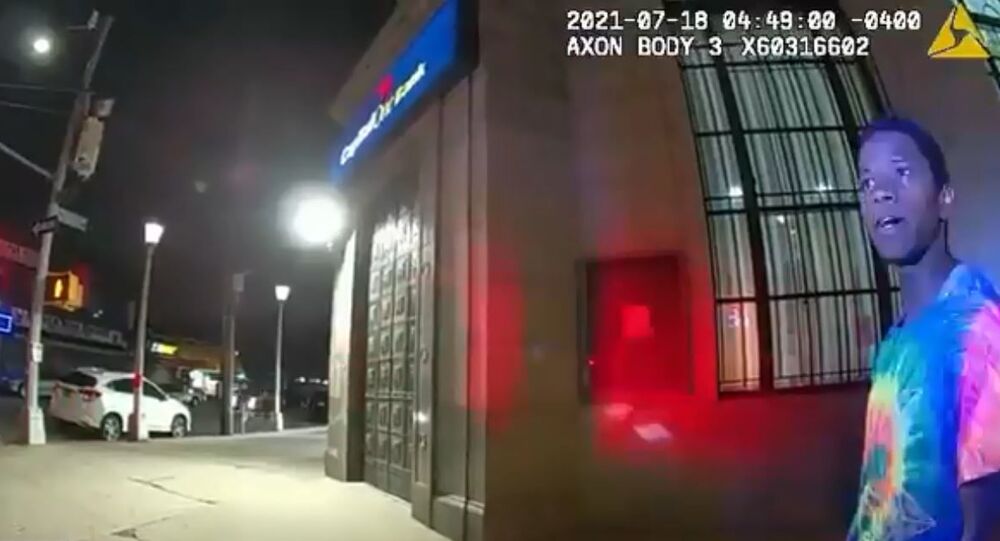 Police body-camera footage with no audio showed the suspect approaching the officer and chatting with him for several seconds before the unprovoked attack, authorities stated.

A 27-year-old man who was previously arrested for attacking police officers was caught on video assaulting an NYPD officer with a glass bottle, the New York Police Department reported. The officer was on a Brooklyn street corner at around 4:50 a.m. on 19 July while on duty when a man named Tyshaun Holloway approached him.

Seconds after the pair engaged in conversation, the suspect hit the officer with a glass bottle before taking off on foot. Other officers chased him down and he was arrested, the NYPD added in a statement. The officer sustained injuries to the neck and head which required stitches and staples. Police said the wounds do not pose a serious health risk.

© Photo : Metro Nashville Police Department
Two Police Officers in Nashville Assaulted With Colostomy Bag by Drunk, Report Says
The suspect was charged with assault, menacing, resisting arrest, obstructing government administration, and criminal possession of a weapon. In 2016, he was arrested twice for assaulting police officers, Fox News said, citing authorities. Officials added that assaults on NYPD officers increased in 2021. As of July 11, there were 110 assaults on officers, compared to 100 in the same time frame last year.

Following the incident, The Police Benevolent Association of the City of New York issued a statement urging city officials to take action in a bid to protect the community and NYPD officers.