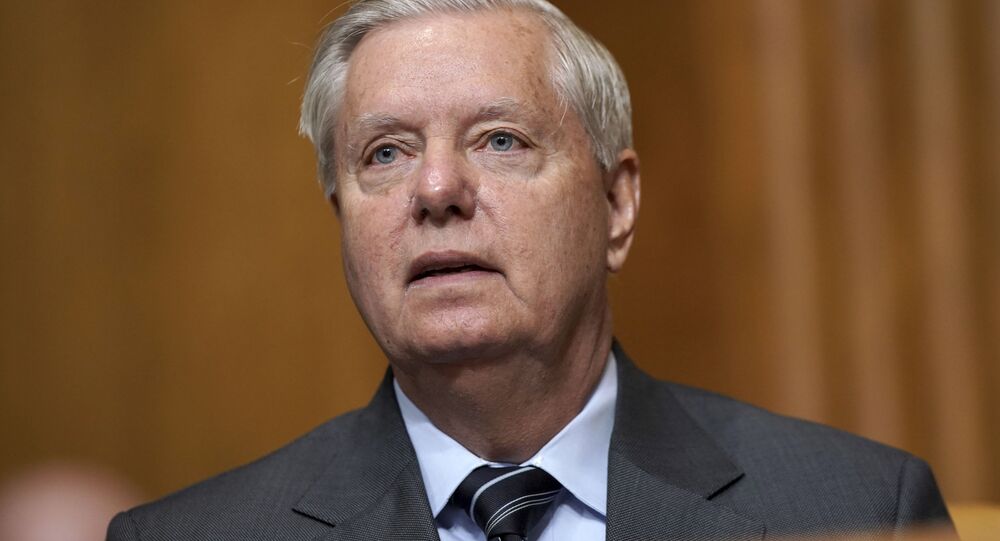 Last week, over 50 Democrats from the Texas House of Representatives fled to Washington to skip a special legislative session in Texas devoted to election integrity bills. Their aim was to prevent a quorum in the legislative house and thwart the GOP’s efforts to fast-track the bills.

Republican Senator Lindsey Graham says GOP members have “something” to learn from their Democratic colleagues from Texas as he blasted a proposed $3.5 trillion spending package as “a big liberal wish list”.

In addition to a nearly $1 trillion infrastructure package that was struck in Washington last month after much debate, Democrats are now seeking to bring to the Senate floor an additional reconciliation package that would focus on some extra tax incentives in relation to childcare and the environment that were slashed from the initial plan. US Senate Majority Leader Chuck Schumer announced last week that the Budget Committee had agreed to allocate some $3.5 trillion of investments to make Joe Biden’s infrastructure plan complete.

Graham, however, told Fox News’ Maria Bartiromo that the proposed effort had nothing to do with infrastructure but rather with the “tax and spend dream of the socialist left” that would effectively send inflation rates "through the roof".

There is one way to oppose the package if it gets to the Senate floor in the end, Graham said. Speaking to Bartiromo, the South Carolina senator invited his fellow Republicans to follow the lead of Democratic House Representatives in Texas, who left the state last week to protest GOP-backed election integrity bills. The legislation is intended to introduce stricter rules governing voting by mail and other measures decried by Democrats as “suppressive” for minority voters. Their departure effectively broke a quorum in the chamber - the minimum number of lawmakers needed for a session to count as valid - thus preventing Republicans from debating the bills.

But Graham apparently believes this is not a bad precedent to follow when it comes to the Republicans’ own battle at the federal level:

“If for some reason, they pass the budget resolution to bring that [$3.5 trillion] bill to the floor of the United States Senate ... You gotta have a quorum to pass a bill in the Senate. I would leave before I'd let that happen,” the senator said. “So, to my Republican colleagues, we may learn something from our Democratic friends in Texas when it comes to avoiding a $3.5 trillion tax-and-spend package. Leave town."

He then reiterated to an astonished Bartiromo with more confidence:

"Hell yeah, I would leave. I would use everything lawfully in my toolbox to prevent rampant inflation."

In order to pass the bill through the reconciliation process, a simple majority of senators is needed on the floor. With 50 Democrats currently holding seats against 50 Republicans in the Senate, a tie-breaking vote from Vice President Kamala Harris may decide the future of any bill if it bears an overwhelming support from the Democratic party.

However, as per the US Constitution, 51 senators are required to be present in the Senate during the session for any business to be deemed valid. For Graham’s proposal to work, all the remaining 50 Republicans would have to skip the session in protest. So far, none of Graham's fellow Republicans have publicly backed his call.