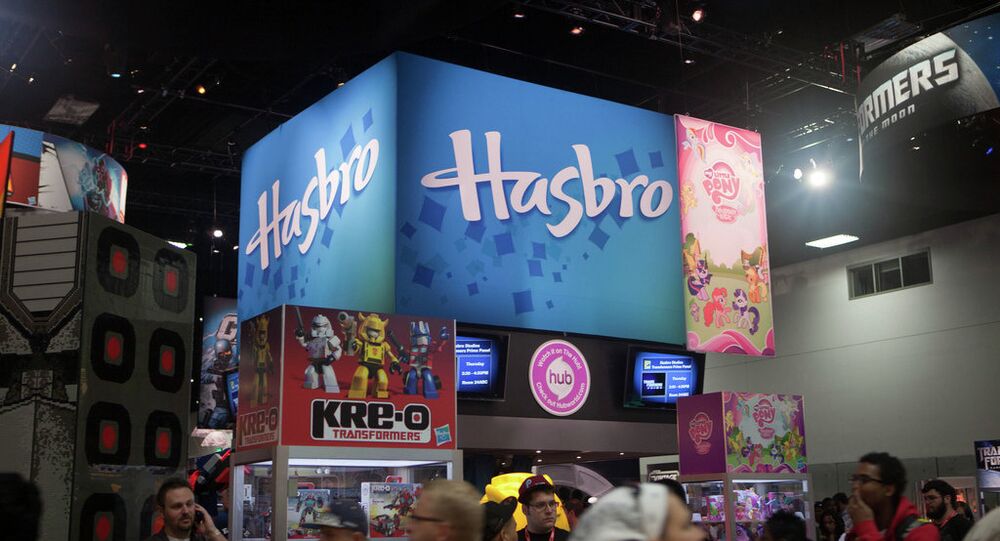 A movement that seeks to define the culture of the United States as being fundamentally racist, Critical Race Theory (CRT), has prompted anger and dismay among many parents across the country who have expressed their fear about plans to implement CRT into their kids' lives.

American toy company Hasbro has appeared to promote critical race theory in its internal corporate training, particularly teaching employees about the inherent racism of children that allegedly shows up by age 5, Project Veritas reported Sunday, rolling out an interview with a staffer.

“They want to introduce children into racial bias at an early age before they're really able to understand what race and racism is,” said David Johnson, a Harvey Nash packaging engineer contracting with Hasbro, to Veritas.

According to a recording of an internal training obtained by Project Veritas, Katie Ishizuka, a co-founder of 'The Conscious Kid' project, said to be currently partnering with Hasbro, elaborated about how children tend to "express preference by race" and show "racist behaviour" at an early age.

“[Children] as young as two are already using race to reason about people's behaviors. We may see this play out in daycare or on the playground -- and how kids are starting to choose or exclude playmates and friends,” she is reported to have said. “By three to six months, babies are beginning to notice and already express preference by race."

Ishizuka reportedly asserted that at the age of five, most kids will display many of the racial attitudes displayed by the adults they spend the most time with.

"At the age of five, children show many of the same racial attitudes held by adults -- children are really sensitive to the status of different racial groups in our society and show a high-status bias towards white people, which is the socially-privileged group in our society. White children show pro-white bias at this age", Ishizuka is reported to have said.

In an interview with Project Veritas' founder, James O'Keefe, Johnson blasted those assertions allegedly made during the Hasbro internal training course.

“It's absurd to just state as fact that at two years old, children are going to be racist and using race to reason about who they're going to play with,” he said.

Particularly, Johnson was "shocked" with the way trainers "categorically" asserted that small children can be as racist as adults, implying that the parents of such children are "racist in some manner". The contractor said that this is an example of discrimination against "an entire race of people".

While slamming CRT as something that uses a "Marxist lens to look at people as oppressed and oppressors", Johnson suggested that the goal of 'The Conscious Kid' was to implement such tools into Hasbro's marketing and company principles.

'The Conscious Kid' described itself as a project "dedicated to equity and promoting healthy racial identity development in youth." It has not officially commented on its consulting partnership with Hasbro, and neither has the toy company.

Johnson's story, shared by Project Veritas, is not the only example of people voicing concerns about what they see as an "indoctrination" of kids, as parents across the United States are reported to be questioning plans in some educational districts to implement CRT curricula in schools.

'It's Not Ok!' Hasbro Removes Troll Doll With Button Between Legs From Stores Amid Online Backlash