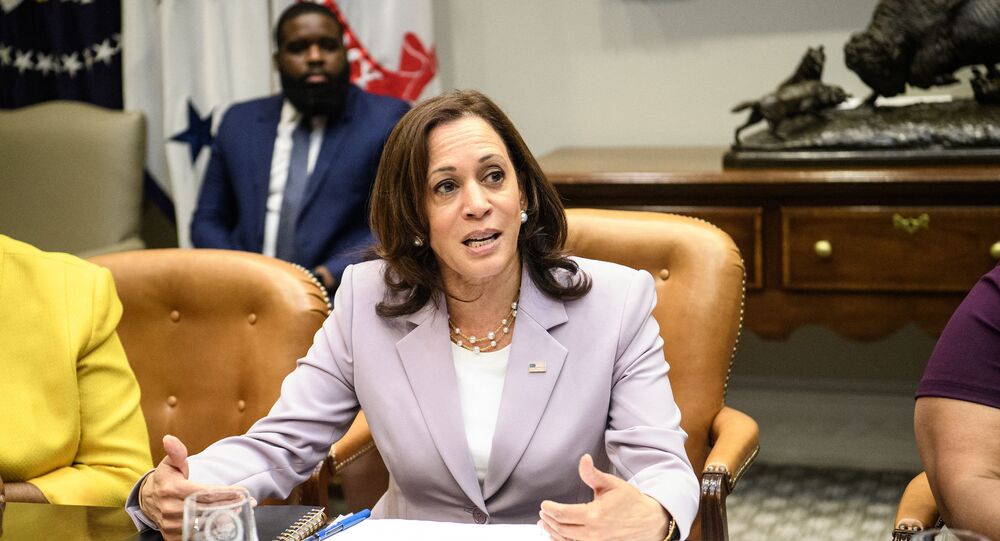 Earlier in the week, US Vice President Kamala Harris met with several Texas Democratic lawmakers who later turned out to have tested positive for COVID-19. Despite that, her office said she will not be self-isolating after being in contact with them.

US Vice President Kamala Harris visited Walter Reed military hospital in Maryland in what was described by the White House officials as a "routine appointment", Fox News reported on Sunday. Her visit came shortly after meeting a group of Texas Democratic lawmakers, some of whom later tested positive for the coronavirus.

According to the report, representatives of Harris' office have not immediately clarified whether the vice president experienced any COVID-19 symptoms.

After meeting with fellow Democrats from Texas, a Harris spokesperson stated that the VP was "not at risk of exposure".

"Based on the timeline of these positive tests, it was determined the Vice President and her staff present at the meeting were not at risk of exposure because they were not in close contact with those who tested positive and therefore do not need to be tested or quarantined," spokesperson Symone Sanders stated on Saturday.

On Sunday, Harris tweeted a call for all to "get vaccinated", since "this Delta variant is no joke".

Her avoidance of self-quarantine prompted criticism, particularly among conservatives, with a son of the previous US president, Donald Trump Jr, sharing an article about it and sarcastically captioning it with the words "Because Science!!!".

Kamala Harris Will Not Quarantine After Meeting Texas Democrats Infected with Coronavirus https://t.co/05h9nRGmcq

​The Texas House Democratic Caucus confirmed that the lawmakers - who previously fled from Texas to Washington DC to prevent a vote on GOP election reform - tested positive and said it is following all health guidelines.

"The House Democratic Caucus is following all CDC guidance and protocols. This is a sober reminder that COVID is still with us, and though vaccinations offer tremendous protection, we still must take necessary precautions," Caucus Chairman Chris Turner stated.

'Maybe I Don't Say 'No' Enough', Harris Jokes After Told She's Got a Bit Too Much on Her Plate

Ex-Kamala Harris Staffers Say 'You Never Knew When She Was Going to Snap at You': Report