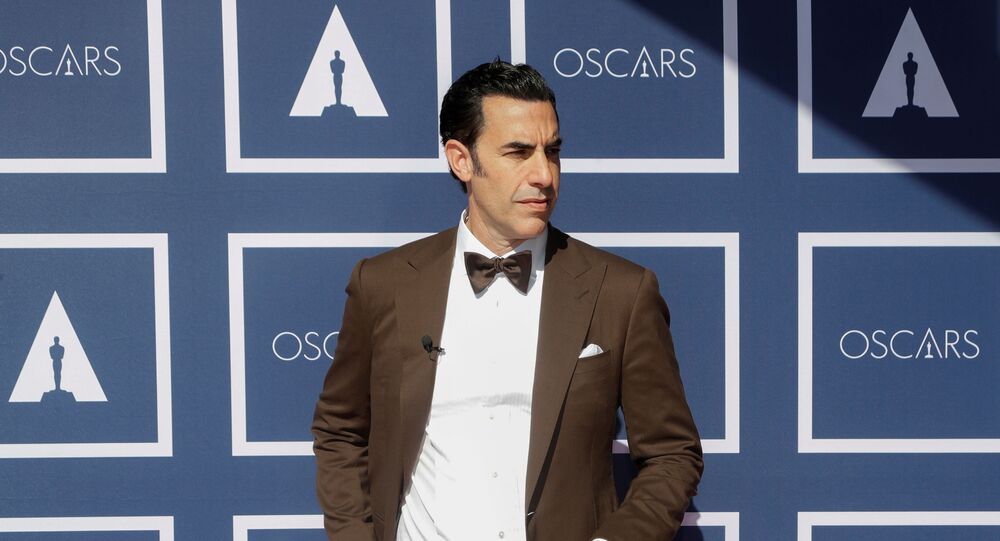 Sacha Baron Cohen: Zuckerberg Should Be ‘Jailed’ For ‘Killing People’ Through Vaccine Misinformation

Earlier, Facebook and the White House exchanged accusations over misinformation related to the COVID-19 vaccination programs. US President Joe Biden has accused Facebook of “killing people” by spreading harmful content. Facebook responded that it had instead supplied millions of people with reliable information about the pandemic and vaccines.

Cohen tweeted that “under US law, social media CEOs have near total immunity, which is insane” and called for US laws to be reviewed.

“The president is right—Facebook is killing people. CEOs have been jailed for less,” he claimed. “Hold Mark Zuckerberg and Facebook accountable for the death they cause.”

Cohen also attached an edited photo of Zuckerberg behind bars, with Twitter CEO Jack Dorsey also in the frame.

The President is right—Facebook is killing people.

CEOs have been jailed for less.

But under US law, social media CEOs have near total immunity, which is insane.

Hold Mark Zuckerberg and Facebook accountable for the death they cause.#StopDeathForProfit pic.twitter.com/As1zGlpTs4

Facebook responded to critical remarks made by Biden on Friday, as the latter noted that major social media platforms that spread misinformation are “killing people,” because “the only pandemic we have is among the unvaccinated.” Facebook slammed back, noting that thanks to its resources, two billion people saw scientific evidence that vaccinations worked, and over 3.3 million Americans used its tool to choose their type of vaccination.

A day later, the company wrote in its blog that, according to data collected through Carnegie Mellon University and the University of Maryland, the platform has outperformed the Biden administration in promoting vaccine adoption.

“The data shows that 85% of Facebook users in the US have been or want to be vaccinated against COVID-19. President Biden’s goal was for 70% of Americans to be vaccinated by July 4. Facebook is not the reason this goal was missed,” the statement reads.

"All of them remain active on Facebook, despite some even being banned on other platforms, including Facebook - ones that Facebook owns," the spokesperson said during a Thursday briefing.

According to the latest data from the US Centers for Disease Control and Prevention, about 185.4 million Americans have received at least one vaccine shot with 160.7 million people estimated to have been been fully vaccinated.