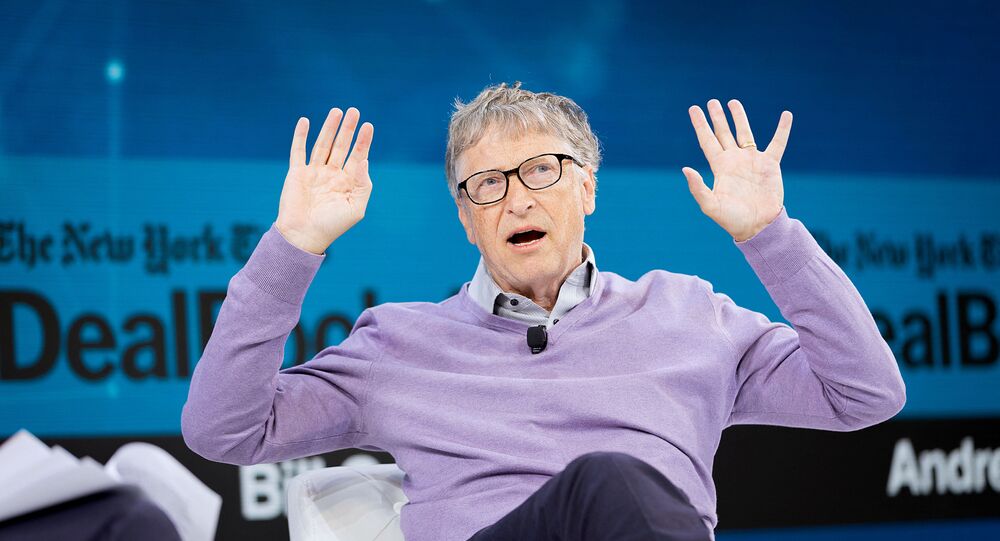 Bill Gates Visited Epstein at NYC Home Multiple Times Despite Saying They Were Not Friends: Report

Microsoft co-founder Bill Gates has been desperately trying to distance himself from late financier Jeffrey Epstein, saying that they never had any business together despite meeting on numerous occasions to discuss philanthropy. The meetings took place after Epstein was already convicted as a sex offender.

In "Perversion of Justice: The Jeffrey Epstein Story," she writes that during one of the visits the Microsoft co-founder stayed with Epstein very late into the night, as the banker was trying to secure a deal with The Bill & Melinda Gates Foundation to help them get more funds.

"Others who worked for Gates’s foundation also visited Epstein’s mansion several times, and Epstein spoke to both Bill and Melinda Gates about a proposed charitable fund that could generate sizeable fees for Epstein," reads the excerpt, cited by Fox Business.

"Epstein hoped to attract donations from some of his wealthy friends as part of the venture, seeded with Gates Foundation funds, that would be used for global health causes."

© REUTERS / Elaine Thompson
In this Feb. 1, 2019 photo, Bill and Melinda Gates are interviewed in Kirkland, Wash

The book also adds that Gates boarded Epstein’s private jet in 2013 to fly to Palm Beach, Florida where he owned a mansion which was at the epicentre of the ongoing sex trafficking scandal for which his ex-girlfriend, Ghislaine Maxwell, is awaiting trail.

The New York Times’s bombshell report previously revealed similar details about the two influential men, including their multiple meetings, claiming that they first met face to face on the evening of 31 January 2011 at Epstein’s townhouse on New York's Upper East Side.

At the time, Epstein was a registered sex offender who pleaded guilty to soliciting prostitution from a minor back in 2008, just few years before meeting Gates, whose wife was reportedly “furious” over their relationship.

In July 2019, Epstein was arrested again and charged with sex trafficking minors in Florida and New York. However, he died in a prison cell in August 2019 before the trail – his death was a ruled a suicide despite suspicious circumstances.

What Did Bill Have to Say About Their Relationship?

Gates swiftly stated to The Wall Street Journal following the paper investigating Epstein’s connections that he “didn’t have any business relationship or friendship” with the financier. The Microsoft billionaire also said he “didn’t go to New Mexico or Florida or Palm Beach or any of that."

His spokeswoman, Bridgitt Arnold, later added that her boss “regrets ever meeting with Epstein and recognises it was an error in judgment to do so.”

“Over time, Gates and his team realised Epstein’s capabilities and ideas were not legitimate and all contact with Epstein was discontinued,” Arnold told The New York Times in October 2019.

She didn’t deny though that Gates had travelled in Epstein’s plane to Palm Beach. However, she said her boss was not aware of who the plane belonged to.

Brown’s book is due to be released on Tuesday.