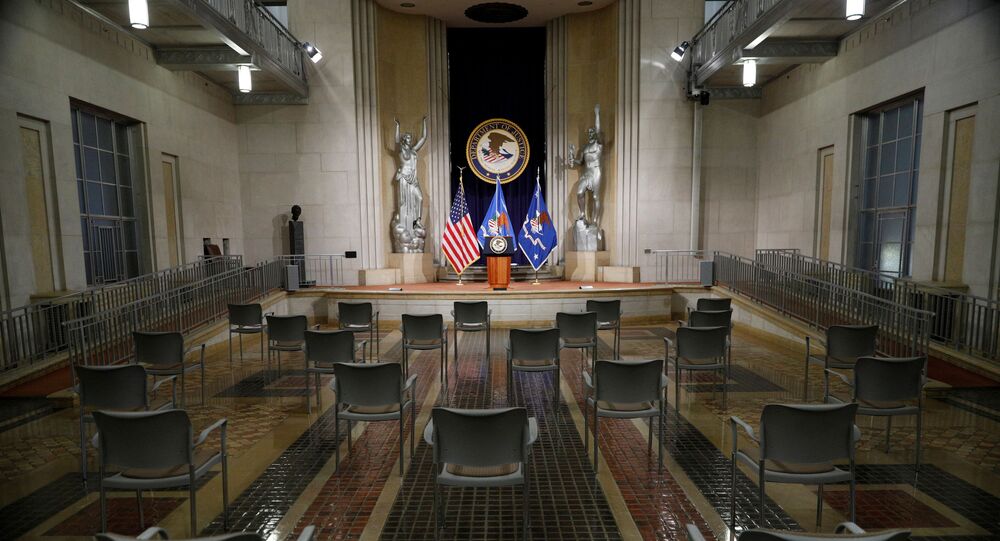 Republicans have accused Biden Attorney General Merrick Garland of violating his pledge not to politicize the Justice Department over his recent comments on anniversary of the death of civil rights leader John Lewis.

“In 2013, the Supreme Court’s Shelby County decision effectively eliminated the preclearance protections of the Voting Rights Act, which had proved to be one of the nation’s most effective tools for safeguarding voting rights,” Garland said in a statement posted on the DoJ’s official website on Saturday.

“During the half-century it was in effect, the Justice Department relied on the preclearance provision to object to more than one thousand discriminatory voting changes. Since 2013, there has been a dramatic rise across the country in legislative efforts that make it hard for millions of citizens to vote. This increase accelerated after the 2020 elections,” the attorney general added.

Garland suggested that this ongoing “narrowing of voter protections” underscores a need for new legislative action, and urged Congress to pass the John Lewis Voting Rights Advancement Act, which he said “would provide the Department with important tools to protect the right to vote and to ensure that every vote is counted.”

“There is no more fitting way to honour the profound legacy of Congressman Lewis,” the attorney general concluded.

Garland’s comments were echoed by President Biden and Vice President Kamala Harris, who praised Lewis’ life worked and used the occasion of the anniversary of his death to push their election reform initiatives.

© AP Photo / Michael Conroy
Mike Pence Refused to Leave Capitol During Storming Despite Angry Mob Calling to 'Hang' Him: Book
Claiming that the recent “unrelenting attacks on voting rights and the integrity of our elections” were something not seen since the civil rights movement of the 1950s and 1960s, Biden urged lawmakers to “continu[e] the cause that John was willing to give his life for: protecting the sacred right to vote.”

Harris echoed Biden, stressing that “today, the fight is not over” and that “the right to vote remains under attack in states across our nation.” The vice president suggested that “the best way to honour” Lewis’s legacy would be to pass the John Lewis Voting Rights Advancement Act and the ostentatiously titled ‘For the People Act’ voting reform package.

Republican-leaning news network Fox News slammed Garland for joining other Democrats in commenting on the ongoing voting rights spat between Democrats and the GOP, recalling that during his Senate confirmation hearing in February, the former Clinton and Obama-allied justice vowed to stay out of politics.

“I’m telling you what I think an attorney general out to do – which is to look at the facts before making a decision. I’m also telling you that I will never make a decision in the department based on politics or partisanship,” Garland promised at the time.

© AP Photo / Andrew Harnik
Hunter Biden's Prosecutor Delayed Moves in Probe to Avoid Politicisation Ahead of 2020 Vote: Report
Garland’s comments, and his support for the DoJ decision last month to sue Georgia to try to force the state to overturn election laws mandating additional voting id requirements for absentee ballots, limiting the use of ballot drop boxes, and penalizing attempts to influence voters at polling places, led to accusations that politicization was exactly what he was engaged in.

Georgia Attorney General Chris Carr, who is expected to defend the new voting restrictions, lashed out against Senate Democrats and the national media on Saturday, accusing them of “lying” about the state’s election laws while trying to “silence the voices of real Georgians who overwhelmingly support election integrity.”

Georgia was one of half-a-dozen states where the Trump campaign claimed widespread voting irregularities had taken place during the November 2020 election, with Trump supporters accusing authorities of machinations involving faulty voting machines, late-night ballot dumps, and other illegal activities. Despite claiming to have “hundreds and hundreds” of sworn affidavits and “thousands” of witness testimonies, the Trump campaign failed to get its cases heard in any state court, and the Supreme Court threw out an appeal by the State of Texas to look into the alleged irregularities.

While Republicans have pushed to ‘strengthen election security’ by cracking down on absentee ballots and taking other measures to avoid a repeat of the 2020 fiasco, Democrats have pushed the John Lewis Voting Rights Act – which would restore the Voting Rights Act of 1965, and the more controversial ‘For the People Act’ bill, a sweeping elections reform package passed by the Democrat-controlled House but currently blocked by the Senate.

Democrats claim the latter legislative initiative would expand voting rights by offering same-day voter registration, making voting by mail easier, criminalizing voter intimidation, modifying campaign finance laws to reduce the power of big money in politics, banning Gerrymandering (the practice of creating electoral districts to favour one candidate) etc. Republicans have criticized the bill, however, claiming it would federalize the currently decentralized election system, curtail ‘free speech’ in the form of contributions to candidates, and most importantly – increase the potential for fraud by reducing the security of ballots. Thanks to these and other disagreements, both bills remain deadlocked in Congress.

Election Audits in Georgia and Arizona Are Showing Irregularities in Ballots