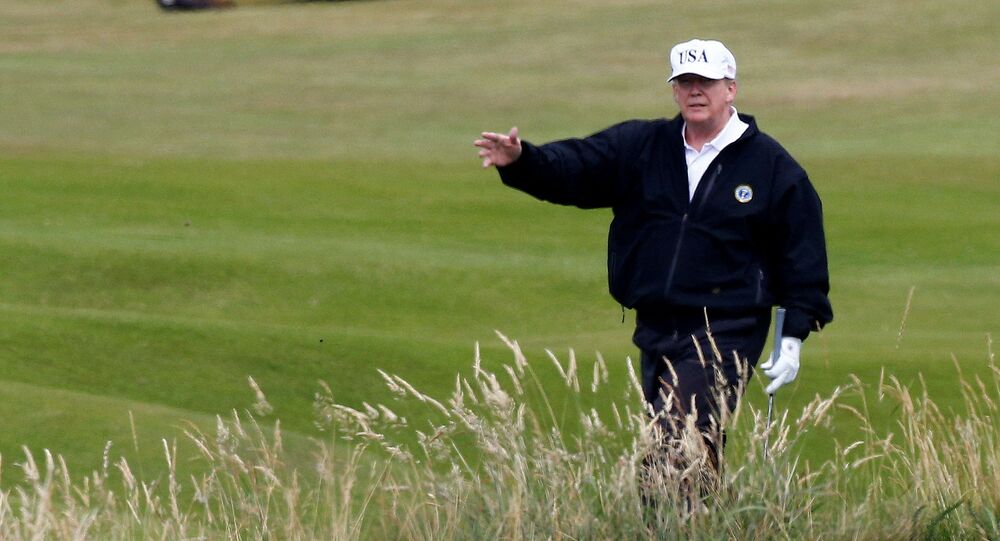 'It's a Shame!' Trump Says Open Championship Should Have Been Held at His Scottish Golf Course

The 2021 Open Championship began on 14 July and is being played at Royal St. George's Golf Club in Kent, England.

Former US President Donald Trump has released a statement arguing that the Open Championship should have been played at his golf course in Turnberry, Scotland.

​Trump has his own explanation about why his venue was ignored for the event.

"This course was not chosen for the Open because they consider a wonderful person, and many-time Club Champion, named Donald J. Trump, to be too controversial," he wrote.

It's believed that Trump, whose mother was Scottish, bought Turnberry for $63 million in 2014. According to company filings in the UK, after the purchase, Trump's company spent $100 million on upgrading the venue. Since then, Turnberry has hosted the Open four times.

However, after mobs of pro-Trump supporters stormed and vandalised the US Capitol building in Washington, DC on 6 January in a bid to overturn Trump's defeat in the 2020 presidential election, many businesses dropped their partnerships with the Trump Organisation.