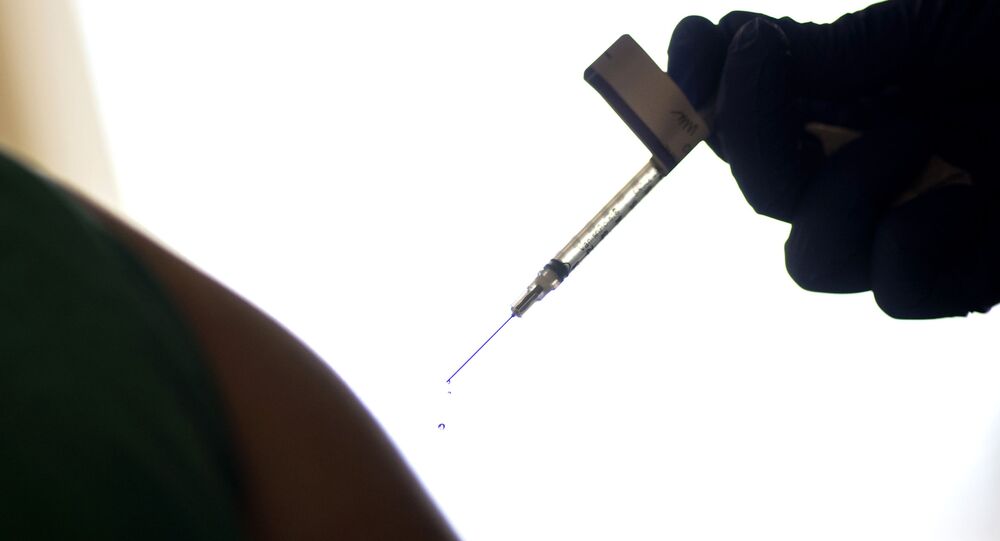 Fauci: Smallpox, Polio Would Still Plague US if COVID-Style 'False Info' on Jabs Was Spread by Media

President Joe Biden has early set a plan to inoculate 70% of American adults with at least one dose by 4 July, which has fallen shortly by some three points, according to the White House. The vaccination rate has slowed down in the US in recent weeks, as Biden blamed social media platforms for spreading misinformation about COVID-19 shots.

Joe Biden’s chief medical adviser Dr. Anthony Fauci claimed on Saturday that the United States could still be ridden with smallpox and polio if people had encountered the same misleading information about the vaccines that currently exists against COVID-19 jabs.

Speaking to CNN’s Jim Acosta, who slammed its rival Fox News for “warning people” about vaccine issues that “are just bunk”, Fauci has relayed that he shares the journalist’s frustration:

“If we had had the pushback for vaccines the way we're seeing on certain media, I don't think it would've been possible at all to not only eradicate smallpox, we probably would still have smallpox, and we probably would still have polio in this country if we had the kind of false information that's being spread now,” the leading immunologist said.

Fox New’s top commentator Tucker Carlson said back in April that American authorities, including Fauci, have probably been hiding the fact that vaccines were not effective as people were still asked to wear masks in public places and avoid physical contact.

© AP Photo / Jim Lo Scalzo
In this May 11, 2021, file photo, Dr. Anthony Fauci, director of the National Institute of Allergy and Infectious Diseases, speaks during hearing on Capitol Hill in Washington

During the CNN interview, Fauci pushed back against the critics, saying that even while vaccines have not been completely effective in stopping the COVID infections - especially with a rise of the soon-to-be-dominant Delta variant – the jabs were still successful in preventing severe cases of COVID among fully-vaccinated people.

The Role of Social Media in Curbing Misinformation

Fauci’s commentaries follow Joe Biden’s recent attack on Facebook and other social platforms, which he blamed for “killing people” by allowing misinformation about COVID vaccines to spread through their websites.

"The only pandemic we have is among the unvaccinated,” Biden told reporters at the White House on Friday.

Facebook responded by slamming the “accusations which aren’t supported by the facts”, while insisting that the platform was actually “helping save lives” with its vaccine finder tool.

"The fact is that more than 2 billion people have viewed authoritative information about COVID-19 and vaccines on Facebook, which is more than any other place on the internet,” the company’s communications manager Dani Lever said in a Friday statement, shortly after Biden’s words.

Meanwhile, freedom of the press, underpinned by the First Amendment of the Constitution of the United States, was "not a complete pass for the media from governmental control," said Dr. Harvey Schantz, professor of political science at State University of New York at Plattsburgh.

News outlets and social media services "have a great responsibility" to curb misinformation campaigns while working alongside governments, added Pierluigi Paganini, a cybersecurity and intelligence expert.

According to Paganini, there was a need "to ban self-styled doctors who spread false news on the web and through social media and instant messaging platforms" without resorting to government censorships straight away:

"We need their [governments'] support in identifying such kinds of malicious campaigns, and in many cases, it is not difficult to detect them," the expert said.

Some 67% of American adults had received one dose of COVID vaccine by 4 July, according to the White House, a few percent less than Joe Biden had pledged to vaccinate back in May. In the next two weeks, this number has increased by 1%, according to the New York Times tracker, while some 48% of all Americans have received both doses as of 18 July.