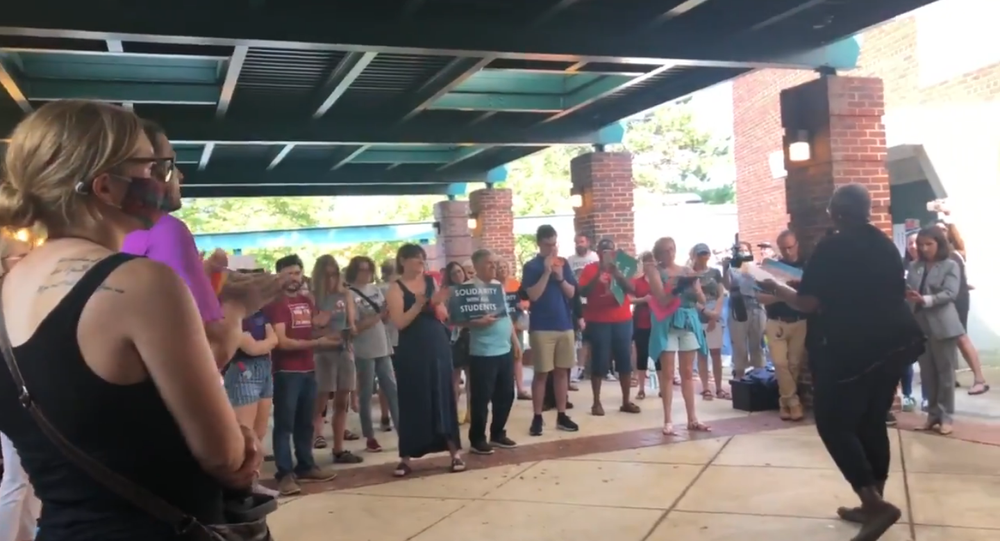 Critical race theory (CRT) - a movement that claims that the social, cultural, and economic system of the US is built on systemic racism - has sparked a lot of heated debates, especially when CRT-related classes and assignments were spotted in some curriculums across the American schools.

Virginia's Fairfax Parent-Teacher Association (PTA) on Saturday announced that its vice-president of training, Michelle Leete, had resigned following comments about how those who do not support critical race theory can "die".

"The actions & rhetoric of Ms. Leete & all of the like-minded partisan supporters of the SB are deeply disappointing. It evinces a deep lack of concern for children & parents, particularly where the wellbeing of children & families clash with political considerations," Virginia PTA tweeted.

The PTA also vowed to "continue to fight for the kids."

The actions & rhetoric of Ms. Leete & all of the like-minded partisan supporters of the SB are deeply disappointing.

It evinces a deep lack of concern for children & parents, particularly where the wellbeing of children & families clash with political considerations.

At a Thursday rally, Leete was heard denouncing opponents of critical race theory, finishing her emotional speech with a harsh comment.

“Let them die,” says @FairfaxNAACP leader Michelle Leete at protest before @fcpsnews board. Folks against critical race theory are here, with protestors including Leete opposing them. It’ll be 🧨 tonight. Watch at https://t.co/KuScNenTVQ pic.twitter.com/Csb5faEYKG

​Virginia's PTA clarified that Leete was not speaking at the rally "in her role within Virginia PTA", and condemned her "choice of words".

Leete's comments sparked outrage among social media users and parents, with the some of the latter voicing concern that their children were being "indoctrinated" into critical race theory - a movement suggesting that the social, political, and economic systems in the United States are systemically racist.

Earlier in the year, concern and opposition to the implementation of CRT-related classes and assignments into the school curriculum were voiced in Georgia, Rhode Island, California, and several other states. The criticism is supported by conservatives, including the former president, Donald Trump, who remarked that he thought critical race theory was "anti-American" and "toxic".