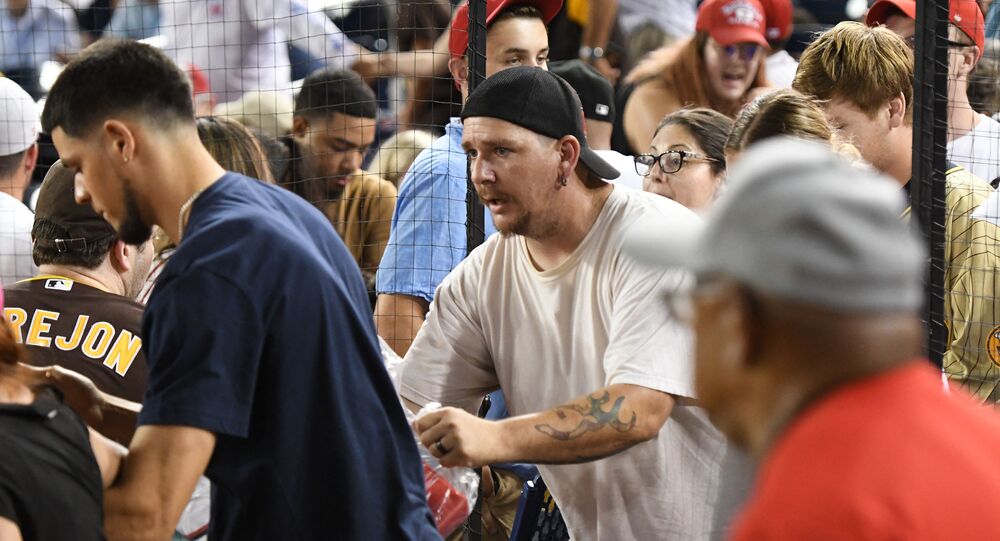 Fans were told to leave the Nationals Park, a baseball arena located in Washington DC, in the middle of the game between Washington Nationals and San Diego Padres.

DC police said on Saturday that two people were shot outside of the Nationals Park, adding that the situation does not involve an active shooter and an investigation is ongoing.

Additionally, police said that two other victims "walked into area hospitals for treatment of gunshot wounds."

"MPD is responding to a shooting in the 1500 block of South Capitol Street, SW, in which two people where shot outside of Nationals Park. This is currently an active investigation and it appears there is no ongoing threat at this time", police tweeted.

Two additional victims associated with this incident walked into area hospitals for treatment of gunshot wounds. MPD is on scene and actively investigating at this time.

​​The Guardian reporter earlier said that at least two people had been shot, with one woman "briefly treated" by first responders at the stadium.

The Washington Nationals baseball team earlier tweeted that a shooting had been reported outside of the Third Base Gate at Nationals Park during the game with San Diego Padres.

"Fans are encouraged to exit the ballpark via the CF and RF gates at this time", the team tweeted. "We're working with law enforcement to provide more information as soon as it becomes available."

A shooting has been reported outside of the Third Base Gate at Nationals Park.

Fans are encouraged to exit the ballpark via the CF and RF gates at this time.

We're working with law enforcement to provide more information as soon as it becomes available.

​Other videos show fans fleeing the site, with some reportedly "too shaken up to exit".

Nats/Padres game is over, in the 6th inning. Everyone’s being calmly asked to leave the ballpark. Some fans too shaken up to exit. pic.twitter.com/HPm9kN7csW

​According to videos emerging online, most spectators cleared the stadium "after nearly 6 gunshots" outside.

#Breaking: Most people have cleared @Nationals stadium after nearly 6 gunshots outside frightened fans and families inside @wusa9 pic.twitter.com/kfbMUfMXBo

The ​Washington Nationals announced that the suspended game with San Diego Padres would resume on Sunday, 18 July.

No further information was immediately available.