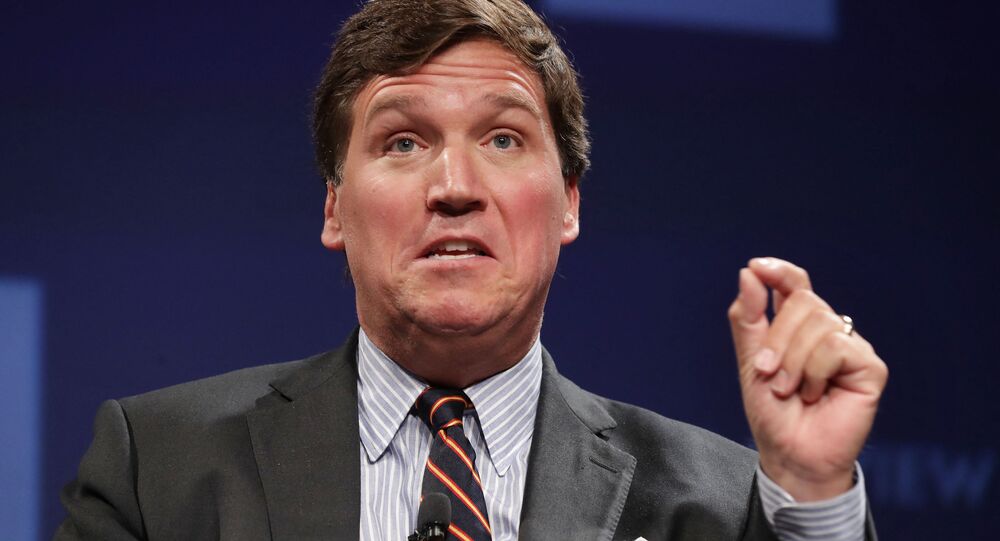 On Friday, Jen Psaki confirmed that the White House was "in regular touch with social media platforms" about COVID-19 "misinformation" and working to "create robust enforcement strategies" to ban certain users. The comments sparked outrage among conservatives, who regularly accuse Democrats of colluding with Big Tech to silence alternative voices.

Fox News host Tucker Carlson has ripped into his own network, and fellow Republicans, for spending the past week focusing on the "human rights situation in Cuba" instead of paying attention to the ongoing crackdown on free speech at home in the US.

"I'm glad you mentioned Cuba, because even today idiot Republicans on the Hill spent their whole day talking about the lack of freedom in Cuba", Carlson said, speaking to independent investigative journalist Glenn Greenwald on his Friday programme.

"It's not a free country, that's true, but increasingly neither are we, and they don't seem to notice what's going on in the country they're supposed to be running. They're spending all their time focusing on this Caribbean nation. It's not central to our interests. Doesn't the First Amendment say pretty clearly that government is not allowed to control the press? I thought that was the point of it. Here the government seems to be controlling the press", Carlson added.

The Cuba bill is being co-sponsored by Senators Ted Cruz (R-TX) and Marco Rubio (R-FL) and over a dozen others on both sides of the aisle, with the resolution offering a rare display of bipartisan unity in Congress.

Responding to Carlson's remarks, Greenwald suggested he "thought that the whole point of the Make America Great Again and America First foreign policy as articulated by Donald Trump and his allies in Congress was that we shouldn't be fixing other countries, we should be focusing on our own country".

"Yeah, I thought so too", a visibly agitated Carlson interjected.

"It's very easy to talk about censorship in Beijing or Havana but what about right in front of your noses right down the street at 1600 Pennsylvania Avenue?", the Fox News host's guest asked.

The explosive segment was not uploaded to Fox News' YouTube or Twitter feeds, and his comments on Cuba appear to stand at odds with the network's own Cuba coverage, which included segments entitled "BLM blames America for Cuban protests", "Cuba's communist regime a 'killing machine'", etc.

Carlson's beef with "idiot Republicans" centers around their perceived lack of response to President Joe Biden's controversial claims this week that social media companies were "killing people" by failing to police "misinformation" about coronavirus vaccines, and by White House spokeswoman Jen Psaki's admission that Washington was working with Big Tech to crack down on such claims. "You shouldn't be banned from one platform and not others if you are providing misinformation out there", Psaki said in a Friday briefing, indicating that the ban should be universal.

© CC BY-SA 2.0 / Gage Skidmore / Rand Paul
Sen. Rand Paul Calls for NSA Probe on Alleged Government Surveillance of Tucker Carlson
Conservatives, who have regularly accused social media giants Twitter, Facebook, and others of censorship, unjustified bans, and other actions to limit their free speech, took issue with Psaki's remarks, accusing her and Biden of attacking the First Amendment, which prohibits abridging freedom of speech and the press.

Carlson's brand of paleo-conservativism and its opposition to interventionism, his push to free WikiLeaks founder Julian Assange, and his decision to have non-conservative voices come on his show to discuss commonalities between the Trump right and the Bernie Sanders left have earned him the trust of millions of nightly viewers, while at the same time bringing him scorn from the Washington establishment. Last month, Carlson accused the National Security Agency of spying on his show's email communications. The intelligence agency did not deny these claims directly, but stated that Carlson had "never been an intelligence target".