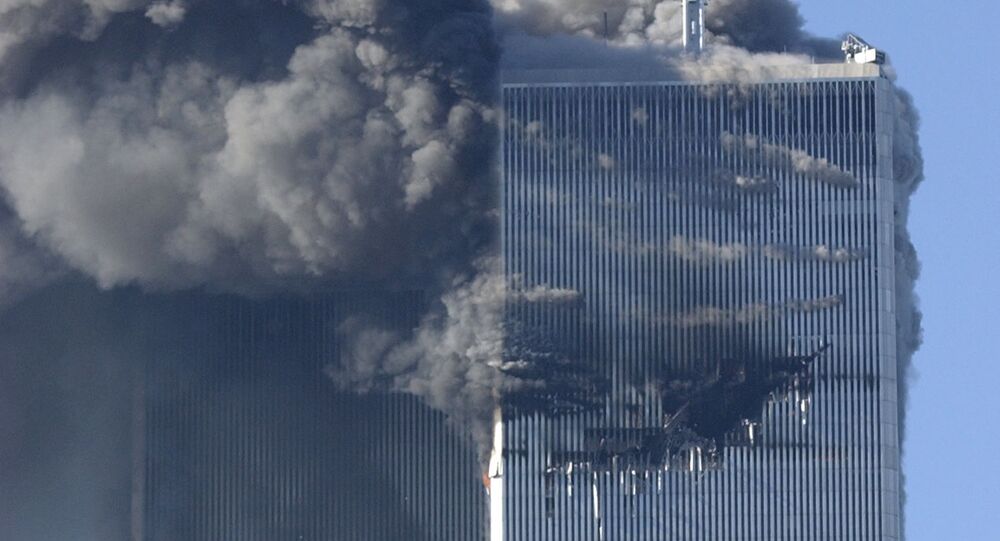 The September 11th attacks claimed the lives of some 3,000 people and caused permanent psychological trauma for millions of Americans, but according to US President Joe Biden, the Capitol storming on 6 January was "the worst attack" on American democracy since the Civil War.

The families of those who fell victim to the 9/11 disaster have been decrying recent attempts to compare the terrorist attack to the Capitol siege or even suggest that the events of 6 January were "worse" event than the 2001 tragedy.

"It's a shame", Jim Riches, who lost his firefighter son Jimmy at the World Trade Centre on 11 September, told Fox News. "Are they kidding me? 3,000 people died, plus we have more people dying from the air that was down there … They're comparing it to score points politically. The families are really [angry]. When I talk to them, when they compare it to that, they find that outrageous".

His sentiment is echoed by Debra Burlingame, whose brother was a pilot on the ill-fated American Airlines Flight 77 that crashed into the Pentagon. Burlingame penned an essay for The Wall Street Journal in May, where she said it was "deeply offensive" to link the Capitol siege to the 9/11 attack with a purpose of creating a further divide in the country by stigmatising Republicans: "that is the real threat to democracy", she wrote.

© REUTERS / Leah Millis
The US Capitol Building is stormed by pro-Trump protesters on Jan. 6, 2021
"There are a lot of young people who have no living memory of 9/11 … When you have all these comparisons and analogies, which are inflated and ridiculous, it minimizes what actually happened, and that's what's happening here. It's a deliberate ploy", Burlingame told Fox News.

How Is It Worse?

Former George W. Bush administration strategist Matthew Dowd recently said on MSNBC that the Capitol riot was "worse" than 9/11 because it has severely divided the country and has given "permission for people to pursue autocratic means".

Lincoln Project co-founder Steve Schmidt agreed with him, saying "the 1/6 attack" would eventually "kill a lot more Americans than were killed in the 9/11 attacks".

It was US President Joe Biden himself who argued in a speech to Congress in April that the siege of the Capitol was "the worst attack" on American democracy since the since the Civil War. His words caused outrage on social media and among political pundits alike.

© AP Photo / HEESOON YIM
In this Sept. 11, 2001 file photo, a helicopter flies over the Pentagon in Washington as smoke billows over the building

Nearly 3,000 people died and tens of thousands suffered after four commercial flights were hijacked by al-Qaeda* terrorists on 11 September 2001. Three of the planes crashed into planned targets – the North and South towers of the World Trade Centre and the west side of the Pentagon – the fourth craft ended up in a Pennsylvania field after passengers tried to regain control from the hijackers.

One person, Air Force veteran Ashli Babbitt, died during the Capitol Hill siege in January, as protesters descended upon the building to prevent Congress from certifying Joe Biden's presidential victory. The deaths of four other people – protesters Rosanne Boyland, Kevin Greeson, and Benjamin Philips, as well as Capitol Police officer Brian Sicknick – were also linked to the siege, as they ranged from drug overdose or natural causes during the protest.

Burlingame said in her May essay that it was a "travesty" to try to compare the two events:

"More than 3,000 children never saw their parents again. On Jan. 6, Congress returned within hours", she wrote.