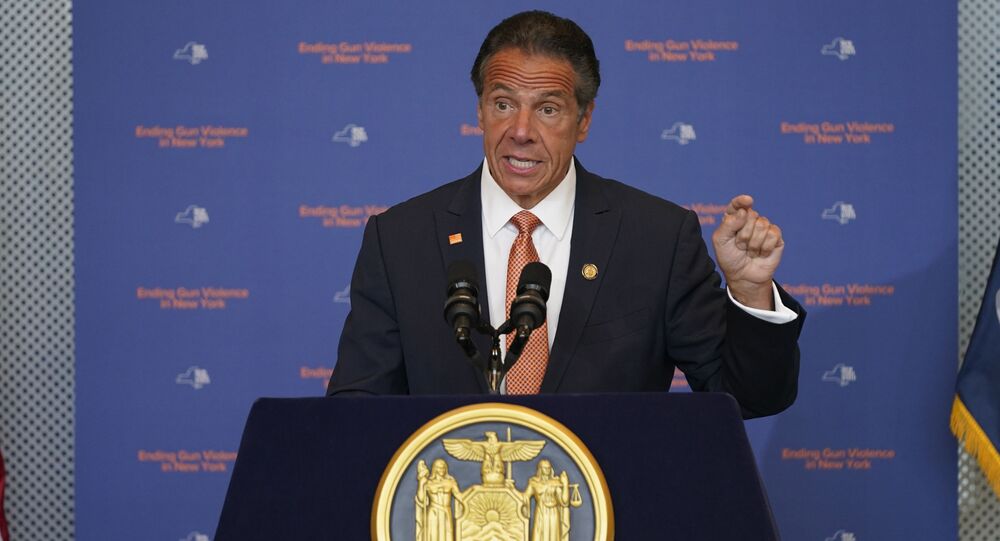 New York's embattled governor has been caught in two main string of controversies in the past year: Andrew Cuomo is fighting accusations that his administration had covered up COVID-19 deaths in nursing homes and that he had sexually harassed multiple women previously and currently working under his command.

It has already been a difficult year for New York Governor Andrew Cuomo, but now it has been claimed that he used nearly $285,000 of his campaign funds to fight off sexual harassment accusations -  despite saying last month that he didn’t plan to do so, according to the New York Post.

Cuomo, who is battling two separate probes into sexual misconduct claims from multiple women and his administration’s handling of COVID-19 pandemic, said during the 2 June news conference that he was all up for using taxpayers' money on his legal bills for the counsel as the nursing home scandal was being investigated.

“The state — the way it works is the Executive Chamber has retained the counsel and that is a state expense,” the governor said during the Manhattan’s Javits Center conference. “That has been [the case] in every investigation. So that’s where we are now.”

However, when asked by reporters whether he was paying any other lawyers with his campaign funds, he said that this was not something happening “at this time”.

But newly-filed docs cited by the New York Post and shared on social media indicate that this was exactly what was happening at that exact moment: on 3 May and 2 June Cuomo provided Rita Glavin’s law firm $111,774 and $173,098 respectively. The spending was for “professional services”, the document reads.

So @NYGovCuomo told me at a June 2 press conference he had no plans of using campaign funds to pay for his legal counsel "at this time".

Glavin, a former US Justice Department official, became Cuomo’s lawyer as he was fiercely fighting off sexual assault accusations. She was the one who spoke up in his defence in March when the New York Times shared the account of current Cuomo employee Alyssa McGrath, who accused the governer of assaulting her colleague and making suggestive remarks towards herself.

According to Glavin, there was “nothing remarkable” in the governor’s behaviour, which she said was “old-fashioned”.

“He has made clear that he has never made inappropriate advances or inappropriately touched anyone,” the lawyer said at that time.

It’s not clear what was the purpose of the aforementioned sums, and Cuomo’s office has not elaborated on this yet. It’s not against the law in New York to spend campaign funds on legal fees, but Cuomo’s previous refusal that he'd done so has sparked a new round of questions among his most vocal critics.

Lindsay Boylan, the first person who came forward to accuse her former boss of sexual misconduct, sarcastically noted on Twitter that she was not very surprised by the revelation:

“Pretends to be shocked”, she mockingly wrote on Twitter, while commenting on the New York Times reporter’s account of his June conversation with Cuomo about campaign funds.

*pretends to be shocked* https://t.co/8GwXgwqyGl

​Boylan, Cuomo’s former aide, accused the governor in December of “several years” of sexual harassment and creating a toxic environment. She was soon followed by others – including the governor’s former executive assistant Charlotte Bennett and former Obama administration member Anna Ruch.

In February 2021, New York Attorney General Letita James announced an independent investigation into the allegations. So far, Cuomo has denied all the claims, citing a misunderstanding and saying that some of his phrases and moves were “misinterpreted as an unwanted flirtation”. He has refused to leave his post despite calls both from Republicans and Democrats alike.