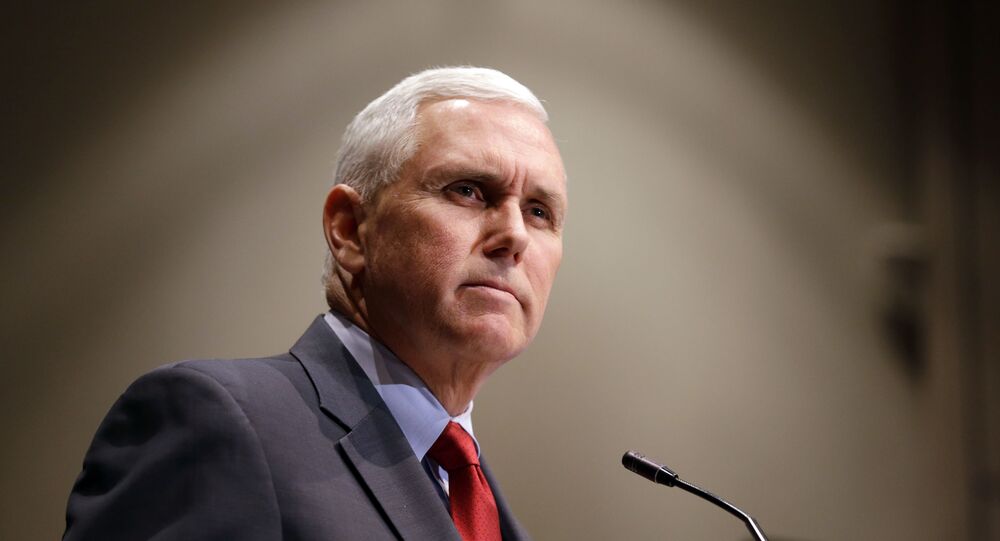 Mike Pence Refused to Leave Capitol During Storming Despite Angry Mob Calling to 'Hang' Him: Book

Former Vice President Mike Pence set foot in the Capitol building on 6 January to perform a ceremonial role in certifying Joe Biden’s presidential victory. Donald Trump claimed at that time that it was Pence’s responsibility to send the electoral college votes back to the states and prevent certification.

Mike Pence has rejected orders from his security detail to leave the Capitol on 6 January as angry protesters were marching through the building with calls to “hang” him, according to an excerpt from the upcoming book shared by the Washington Post. The vice president allegedly didn’t want to flee the scene, fearing that the move would only “vindicate their insurrection”.

A new book, “I Alone Can Fix It: Donald J. Trump’s Catastrophic Final Year”, penned by Carol Leonnig and Philip Rucker, provides some jaw-dropping details about the day that led to the ex-US president’s second impeachment, when a violent mob broke into the Capitol as lawmakers were about to certify Joe Biden’s presidential victory.

Mike Pence, as president of the Senate, had a ceremonial role to play in validating Biden’s victory on the day. But Trump and his most rigid supporters maintained that it was the vice president’s call to refuse to certify results.

“Do it Mike, this is a time for extreme courage!" Trump said on Twitter shortly before the storming.

Pence and all scrupulous readers of the US Constitution knew he didn’t have any real power to do any such thing.

As protesters had begun their march on the Capitol and the US president slammed Pence in a tweet for the lack of courage “to do what should have been done”, the boss of the vice president’s security detail, Tim Giebels, said it was the time for Pence to leave the building:

According to the excerpt, Giebels repeated his plea one more time before resorting to an outright order:

“They’re in the building,” Giebels said. “The room you’re in is not secure. There are glass windows. I need to move you. We’re going.”

The vice president was then brought down to the waiting limousine: “We can hold here,” the security boss reportedly told Pence. However, the vice president has refused to board the vehicle.

After this brief conversation, Pence and his family – daughter Charlotte and wife Karen - reportedly made their way to an underground area to wait out the dramatic events.

Mike Pence didn’t confirm that this is exactly what happened on 6 January.

Joe Biden’s victory was certified later in the day. Mike Pence has recently said that he was always “proud” of his role in validating the current president’s victory.

The moment left a great divide between Trump and his once most-devoted supporter, as Pence has also failed to back him over claims that the election had been stolen from the former president through fraudulent schemes. The events of 6 January led to Donald Trump’s second impeachment trial. However, on 13 February, he was cleared of any wrongdoing by the US Senate.