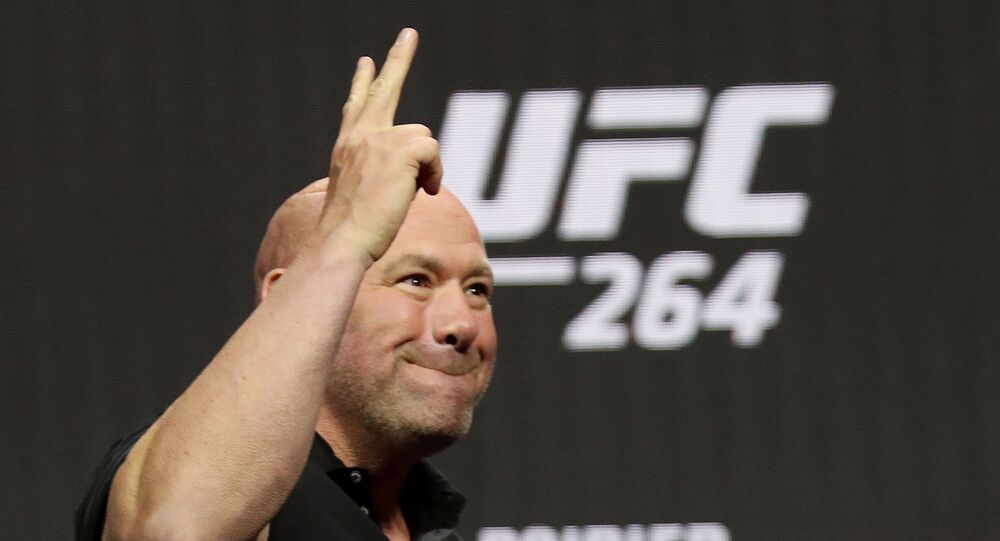 Earlier, the former US president, Donald Trump, visited the Ultimate Fighting Championship 264 performance event between Conor McGregor and Dustin Poirier, prompting a warm welcome from spectators. In spite of expectations, the ex-POTUS was not shown on the PPV broadcast, triggering conspiracy speculation.

The president of the Ultimate Fighting Championship performance sports events, Dana White, explained in an interview to TMZ on Friday that Donald Trump was not shown on TV during UFC 264 show due to technical problems.

White, who is known as a close friend to Trump, said that the crew was “ready to show him right between the co-main and main event” and then “some kind of a glitch in the truck” happened.

“Conor’s fight ended up ending in the second round so we never got a chance,” he explained, calling the failure a “massive f*** up” by his production team.

White also dismissed conspiracy theories that speculated that the “glitch” was purposeful, saying that “its live TV, and these things happen.”

“No one tells me how to run that show, and I would never do that,” he claimed.

White mentioned that he told his team to capture Trump sitting in a booth right behind White, saying that no matter who shows up, Barack Obama or Jimmy Carter, “we would respect the former president of the United States.”

On 11 July, the UFC 264 performance between Conor McGregor and Dustin Poirier was marked with a Trump appearance that sparked screams and cheering as the crowd chanted “USA-USA-USA.”