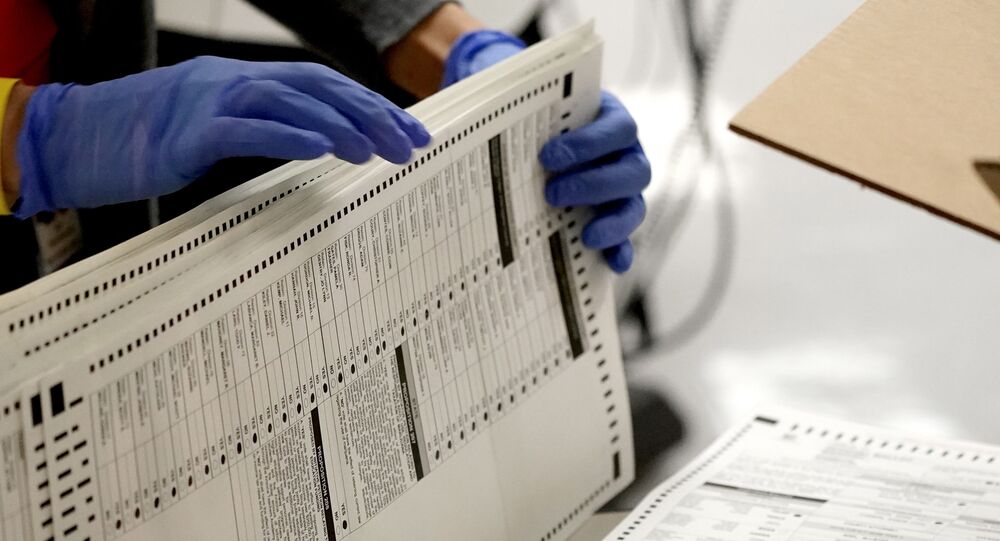 Earlier this year, Republicans in the Arizona state senate launched a "forensic review" of Maricopa County's 2020 election results. On Thursday, Republican lawmakers told their colleagues that the review is taking longer than originally estimated due to damaged ballots and a lack of access to necessary data.

As the partisan audit of the 2020 US election in Arizona persists, county election officials from the Grand Canyon State have identified at least 182 potential cases of voter fraud, according to a new investigation by the Associated Press.

Of the 182 cases referred to investigators for further review, only four instances have led to charges. As of this article's publication, zero individuals have been convicted of voter fraud during Arizona's 2020 election.

No submitted ballots were counted twice, and election officials in 11 of the 15 counties in Arizona reported zero potential cases of voter fraud.

Maricopa County, which is home to the state capital of Phoenix, found one potential case of voter fraud out of a total of 2.1 million ballots submitted.

"The fact of the matter is that election officials across the state are highly invested in helping to ensure the integrity of our elections and the public’s confidence in them," Arizona Secretary of State Katie Hobbs, a Democrat, told the AP. "And part of that entails taking potential voter fraud seriously."

The bulk of the cases referred to investigators came from Pima County, which has stricter criteria for potential fraud reports. The majority of Pima County's cases reportedly involved Arizona voters attempting to vote twice.

The AP investigation into the matter comes alongside the GOP-controlled Arizona state senate's "forensic audit" of the 2020 election results in Maricopa County.

A number of Republicans, including Trump, have alleged that an audit will back their allegations of widespread voter fraud, but results remain pending.

Local Democrats have pushed back against the audit, questioning the security and validity of the audit by Cyber Ninjas, a private firm that lacks any experience with election reviews. More recently, the US House Oversight Committee echoed these concerns via a July 14 memo issued to Cyber Ninjas CEO Doug Logan.