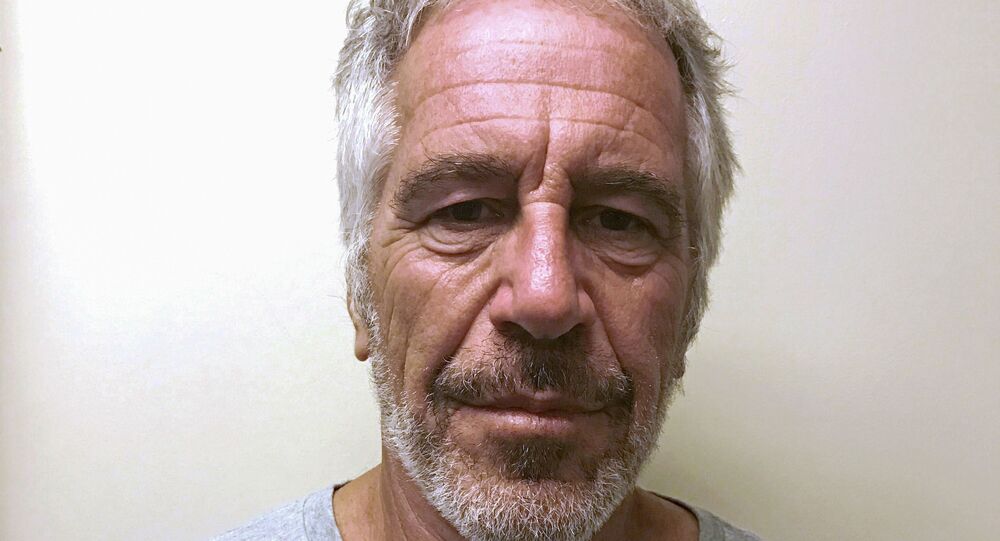 Deceased US pedophile Jeffrey Epstein reportedly knew Mirror Group owner Robert Maxwell — the father of his alleged accomplice, Ghislaine Maxwell — who was known to have contacts with the British Secret Intelligence Service, the Soviet KGB and Israel's Mossad.

A convicted fraudster has claimed Jeffrey Epstein - the notorious deceased American pedophile - conned him out of $100 million and was connected to Israeli intelligence services via a British arms dealer.

Steven Hoffenberg, sentenced to 18 years in 1995 for running a Ponzi fraud scheme, made the claims to Rolling Stone reporter Vicky Ward in an interview in 2002.

Ward accepted Epstein's brush-off explanation at the time, but in a new article on Thursday she revisited Hoffenberg's allegations against the convicted child sex offender who died under suspicious circumstances while awaiting trial for sex trafficking in 2019.

Epstein worked for Hoffenberg's company Towers Financial Corporation, a grandly-titled money-collection agency that bought out personal debt to hospitals, banks, and phone companies, they were ready to write off at a mere one percent of their value. Towers collapsed in 1993, owing $475 million to investors.

Mirror Group owner Maxwell, who died in mysterious circumstances off the coast of the Canary Islands in 1991, was known to have contacts with the British Secret Intelligence Service — now MI6 — the Soviet KGB and particularly Israel's Mossad.

“I think he was the father of somebody I knew… I think his son was friendly with Ferranti, that’s where that whole crowd comes in that you asked me about a long time ago," Epstein told Ward. "I think his name was Nicholas… it was sort of that 66th Street building, I think they might have all lived there.”

But the financier also threatened to take legal action against Ward.

“If there’s any implication of wrongdoing, I will take legal action against you personally," Epstein told her. "I’m telling you so you understand. I will be as harsh as I possibly can personally… not for the magazine, but you, because I had this discussion with you. This relationship is with you.… You shouldn’t risk your future for a job.”

© AP Photo / DANNY JOHNSTON
HOFFENBERG SURRENDERS
Hoffenberg said he was much taken by Epstein's ideas to expand the company through even bigger cons, and his description of the perfect scam was “playing the box” — in which a victim is either too embarrassed to report it to authorities or could never find or recover their lost money.

But the elder fraudster claimed he fell victim to his protégé, who took some $100 million from the company, moved it offshore and then began cooperating with US prosecutors. Hoffenberg's guilty plea meant there was no trial and no discovery of any funds Epstein could have made off with.

Hoffenberg made one prophetic comment about Epstein in his prison interview with Ward.

“He can’t help himself. He broke his own rule,” Hoffenberg said. “He always said he knew the only way he could get away with everything he did was to stay under the radar, but now he’s gone and blown it.”