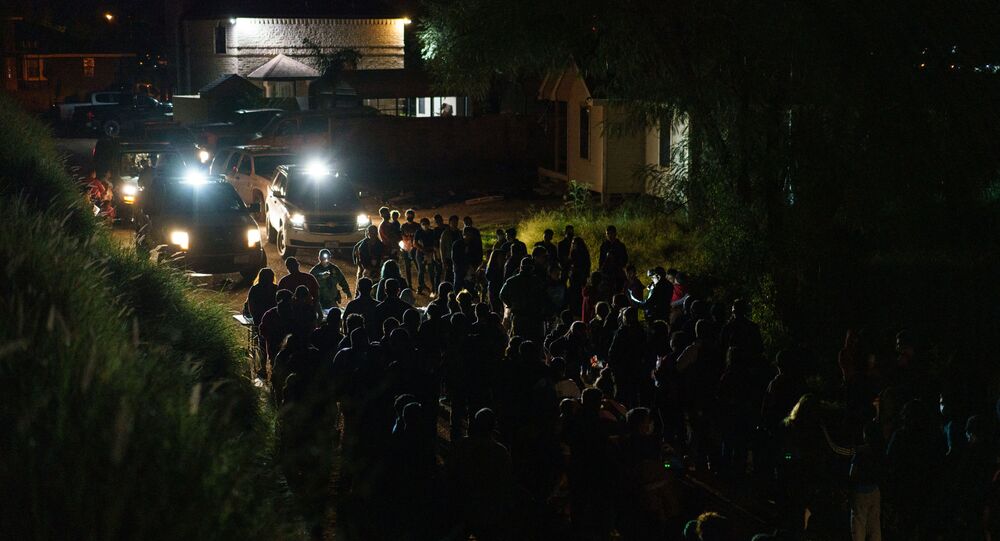 The number of migrants apprehended on the southern American border appear to be breaking records in recent months, with the Biden administration and its softer border policies facing harsh criticism from many observers, particularly conservatives.

US Customs and Border Protection (CBP) revealed that there were around 190,000 arrests on the US southern border in June. That number appears to add up to over 1 million encounters during fiscal year 2021.

"In June 2021, CBP encountered 188,829 persons attempting entry along the Southwest Border. This total represented a 5% increase over May 2021", the CBP tweeted on Friday.

The CBP also pointed at an increase of encounters with unaccompanied children, which, the agency  specified, has "increased this month by 8 percent with 15,253 encounters in June 2021 compared with 14,137 in May 2021."

In May, there were some 180,000 encounters on the border. The numbers have been reported to be unusually high throughout recent months.

“We are in the hottest part of the summer, and we are seeing a high number of distress calls to CBP from migrants abandoned in treacherous terrain by smugglers with no regard for human life,” said a CBP acting commissioner, Troy Miller. “Although CBP does everything it can to locate and rescue individuals who are lost or distressed, the bottom line is this: the terrain along the border is extreme, the summer heat is severe, and the miles of desert migrants must hike after crossing the border in many areas are unforgiving.”

In June 2021, CBP encountered 188,829 persons attempting entry along the Southwest Border. This total represented a 5% increase over May 2021.

​The tendency is nothing new for the Biden presidency, with the 46th US president implementing a softer approach to border policies in comparison to his predecessor, Donald Trump. Biden's move to undo the Trump migrant policies has prompted what now appears to conservatives be a border crisis.

Amid the tense situation at the southwestern border, with the increase of encounters and cases of human smuggling, Biden's approach faces harsh criticism from many observers, facing lawsuits from Texas sheriffs accusing the adminstration of “violating federal statutes that require certain illegal aliens to be detained and removed from the US”.