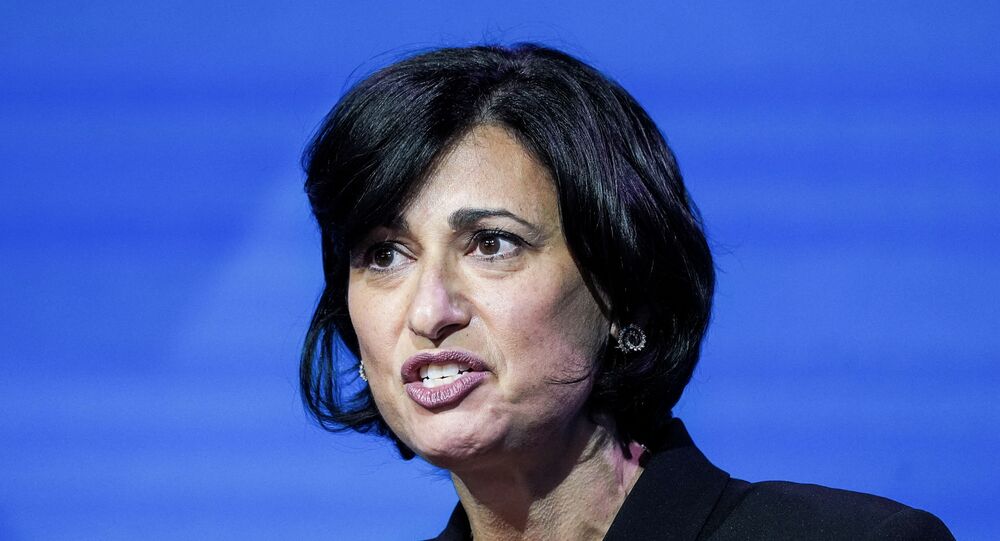 ‘Pandemic of the Unvaccinated’: CDC Chief Says 97% of US Hospitalizations Didn’t Get COVID-19 Shots

As COVID-19 cases begin to increase again in the US for the first time in months, the head of the country’s public health agency has warned that essentially all of the serious cases are being found among people who haven’t been vaccinated against the illness.

"There is a clear message that is coming through," US Centers for Disease Control and Prevention (CDC) Director Rochelle Walensky said on Thursday during a press briefing at the White House.

"This is becoming a pandemic of the unvaccinated. We are seeing outbreaks of cases in parts of the country that have low vaccination coverage because unvaccinated people are at risk,” she said.

Across the US, the seven-day average of new daily cases was 26,300 on Wednesday, which notably trailed the daily new case numbers for the last several days, signaling a sharp uptick in cases. However, that spread is highly uneven, with 40% of new cases being found in just four states, and Florida accounting for 20% by itself, White House COVID-19 response coordinator Jeff Zients said at the presser.

Moreover, more than half the new cases are caused by the delta variant of SARS CoV-2, the virus that causes COVID-19, which is easier to transmit to other people than earlier forms of the virus and has the ability to infect even fully vaccinated people, although they experience a much milder form of the illness.

Other states shouldering a large part of the outbreak include Arkansas, Missouri, and Nevada, although nearly every state showed some increase in cases over the last week, according to CDC data. Those states are also among those lagging behind the rest of the US in vaccination rates: Florida ranks in at 26th most vaccinated state, while Nevada is 35th, Missouri is 39th, and Arkansas is 49th out of 50 states and the District of Columbia. By comparison, new cases, and especially cases requiring hospitalization, remain low in areas of the country with higher vaccination rates, such as the Northeast and Northwest.

"The good news is if you are fully vaccinated you are protected against severe COVID, hospitalization and death, and are even protected against the known variants, including the delta variant, circulating in this country," Walensky added. "If you are not vaccinated, you remain at risk.”

In Maryland last week, a spokesperson for Governor Bill Hogan noted that of the nearly 100 Marylanders who had died of COVID-19 in the previous month, every one of them was unvaccinated. In addition, 95% of newly infected people in the state and 93% of those requiring hospitalization were unvaccinated.

The pace of vaccination in the US has declined sharply in recent months, from a peak reached in mid-April of 4.6 million shots administered per day to just 567,000 on July 15. At present, 56% of the US population has been vaccinated, but according to a projection by the New York Times, at the present rate of vaccination, the US won’t hit 70% vaccination until January of next year, and won’t hit 85% vaccination until next July.

In some states, the vaccination campaign has become a pawn in the political battlefield, with the conservative Republican governor of Florida, Ron DeSantis, casting disdain for vaccinations and protective face masks as synonymous with “freedom.”

Last month, DeSantis boasted of a huge budget surplus, saying that it "would not have been possible if we had followed” Anthony Fauci, the director of the National Institute of Allergy and Infectious Diseases (NIAID) at the National Institutes for Health (NIH). "Instead, we followed freedom and that's the reason why Florida's doing better.”

More recently, his website has begun selling items bearing slogans such as “Don’t Fauci My Florida” and "How the hell am I going to be able to drink a beer with a mask on?"

Trust us… You don’t want to miss out on this. 👀

​The White House has also blamed social media sites such as Facebook for allowing disinformation about vaccines to spread. An anti-vaccine movement had been rising in the US for years even before the COVID-19 pandemic, focused primarily on the false notion that vaccines are responsible for children developing autism, but a slew of claims about both COVID-19 vaccines and the vaccination campaign have been made encouraging people not to get the protective shot.

"Obviously there are steps they have taken,” White House Press Secretary Jen Psaki said Friday about disinformation on Facebook. “They're a private sector company. There are additional steps they can take. It's clear that there are more that can be taken.”

"If you have low vaccination and high case rates then I would say local policymakers might consider whether masking at that point would be something that would be helpful for their community until they scale up their vaccination rates," Walensky said on Friday.

In Texas, the state capital of Austin has reimposed a mask policy in response to rising COVID-19 cases, but is barred from making it mandatory thanks to an executive order by Texas Governor Greg Abbott banning pandemic mandates. As in Florida, Abbott cast government-directed public health requirements as infringements of Texans’ freedom, even threatening to sue the Austin city government if it continued to require mask-wearing.

The state saw just under 40,000 shots delivered on Wednesday, one of the lowest days since the February winter storm that brought vaccinations to a halt in most of the state. About 42% of the state’s 29 million people are vaccinated, and cases are on the rise, according to data collected by the Texas Tribune.