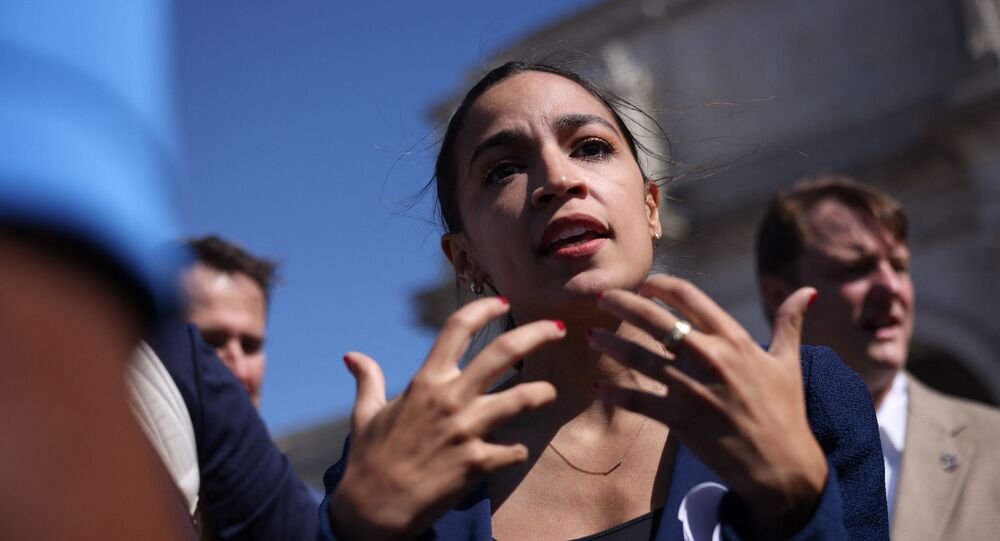 This week several Cuban cities were shaken by popular protests against food shortages, prompting the government to take emergency steps to lift some restrictions on bringing food and medicine into the country.

US House Democrat Alexandria Ocasio-Cortez (AOC) spoke about the recent protests in Cuba, putting the blame for the island's current economic state on both the country's president, Miguel Díaz-Canel, and US President Joe Biden.

While she blasted the Cuban government for their suppression of media and anti-democratic actions, AOC noted that the US's role in the country's woes must not be ignored – specifically the decades-long embargo against Havana.

"We also must name the US contribution to Cuban suffering: our sixty-year-old embargo. The embargo is absurdly cruel and, like too many other US policies targeting Latin Americans, the cruelty is the point", Ocasio-Cortez said in her statement.

The congresswoman condemned Biden for continuing to defend the embargo. She noted that the US should not "use cruelty as a point of leverage" if it affects the citizens in the country.

© REUTERS / OCTAVIO JONES
If You Don't Like It – Drop a Bomb on It? Miami Mayor Urges US to Strike Cuba

US foreign policy towards Cuba saw a period of warming under the two-term administration of US President Barack Obama, but many of the onerous restrictions lifted by the Democrat president were reinstated under the Trump administration. Despite serving as vice president under Obama, Biden, so far, has not expressed willingness to make changes to the current policy towards the island. Instead, he criticised Havana, claiming that the communist system in Cuba had "failed" and added that Washington is "considering whether we have the technological ability" to restore internet access on the island, after it was disrupted with the onset of the popular protests.

POTUS made no mention of trying to help Cubans overcome food shortages and other issues, except for supplying COVID-19 vaccines, although in the past Havana has rejected aid from Washington.