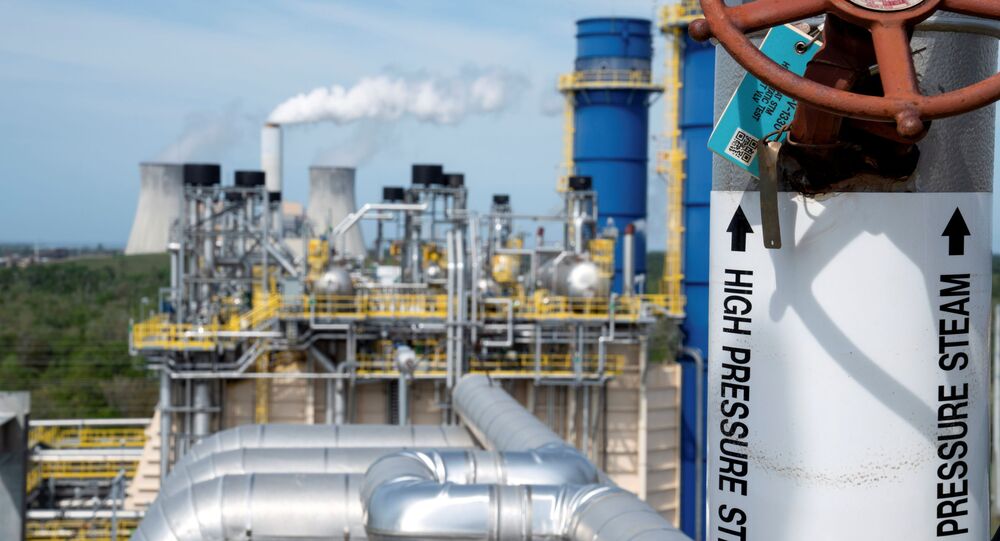 EIA: Coal Production in Wyoming Down 21% as US Sees Lowest Yield Since 1965

The US Energy Information Administration (EIA) forecasts that coal production in the states will increase by 78 million short tons (MMst), or 15%, for 2021, reflecting the greater demand for coal in the electric power sector. However, the administration does not foresee the US' overall coal production capacity returning to pre-pandemic levels.

US coal exports plummeted to a modern-day low of 535 MMst in 2020, amounting to a 24% decrease from the country's 2019 coal output of 706 MMst, according to the EIA's annual coal export report.

The EIA attributed the staggering dip in US coal production to an international decrease in demand for coal, as well as less demand by the US' own power sector in 2020.

"Lower natural gas prices made coal less competitive for power generation," the EIA release detailed, noting that coal-fired electricity generation in the US has been on a constant decline as appliances and other units have been either retired or converted to rely on a different energy source.

The pandemic-era total comes as the lowest level of coal production in the US since 1965.

Wyoming, the US' top coal-mining state, produced 21% less coal in 2020 than the year prior, but still represented 41% of US coal production for 2020. West Virginia and Pennsylvania, the next-leading states in coal production, observed a 27.9% and 27.4% decrease in coal output, respectively.

Despite the grim federal report, coal accounts for around 20% to 23% of the US electricity supply, "and it’s going to be like that for a while," according to Travis Deti, executive director of the Wyoming Mining Association.

Deti told the Casper Star-Tribune that the yearslong decrease in coal production reflects the "fact that utilities are scaling back their coal use," and should not be cause for panic.

"We’re not going to turn off the lights and shut down the mines here tomorrow," he said. "We’re going to be around for a long time."

The Wyoming Mining Association official noted that some 572 energy-related jobs have returned to the western US state in 2021, and statewide production of the resource is already up 8% from last year. He emphasized that extreme temperatures in the US have led to increased market demand, as more coal is burned amid such events.

World's 'Most Controversial Mine' in Australia Strikes First Coal, India to be the Main Customer