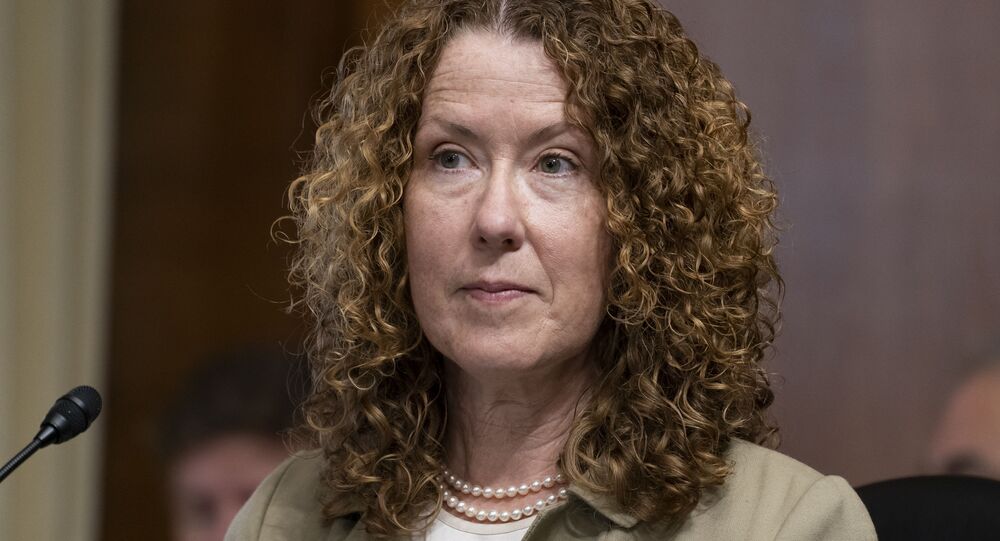 US environmental policy adviser Tracy Stone-Manning has repeatedly distanced herself from tree-spiking, amid political turmoil caused by the Biden administration's stance that she is "exceptionally qualified to be the next director of the Bureau of Land Management".

Tracy Stone-Manning, US President Joe Biden's nominee to lead the Bureau of Land Management (BLM), was an active accomplice in an ecoterrorism crime who knew about it "far in advance", one of the men convicted in the crime has argued.

The claim was made by John P. Blount, who spiked trees in Idaho's Clearwater National Forest in 1989 and was later sentenced to 17 months in prison.

Tree-spiking, a form of sabotage used to prevent logging, is seen by the Federal Bureau of Investigation (FBI) as an act of ecoterrorism and a federal crime. A process, in which a metal rod is hammered into a tree trunk, can damage or destroy expensive logging equipment and injure or kill workers.

Stone-Manning's assertion to a reporter in 1993 that she was never asked about the tree-spiking conflicts sharply with the investigator's report to the U.S. Senate. https://t.co/RiL6SdGI0D pic.twitter.com/kRqWdtMgmE

Stone-Manning, 55, was a member of the environmental extremist group Earth First! that committed acts of ecoterrorism during the 1980s and 1990s and of which Blount was a member.

In 1989, Stone-Manning mailed a letter to the US Forest Service on behalf of Blount, alerting authorities that trees in the Idaho forest that were due to be logged had been sabotaged with metal spikes to stop them from being harvested. She was then subpoenaed and in exchange for immunity, Stone-Manning testified in a 1993 trial against Blount, who was later convicted of ecoterrorism.

On Thursday, the outlet E&E News quoted Blount as saying that "she [Stone-Manning] knew about it far in advance, a couple of months before we headed out".

"Was she heavily involved in the planning? Did she go put a nail in a tree or anything? Absolutely not", he said, adding that the 55-year-old "had agreed to mail the letter well in advance [of the tree spiking happening]".

"She was supposed to mail the letter from [the city of] Billings [in Montana], where she had planned on going in two or three more days, so that it wasn't postmarked '[the city of] Missoula'. […] That was the agreed-upon plan", Blount added.

Not only did Tracy Stone-Manning collaborate with eco-terrorists, she helped plan the tree-spiking operation that has my @EnergyGOP colleagues & me concerned.

A letter from the special agent in charge of the investigation reveals some damning information. https://t.co/6NR6BPScKd pic.twitter.com/ctPu6Sm0Ux

The ex-investigator insisted that Stone-Manning "was not an innocent bystander" in the tree-spiking crime but instead helped in the planning process and allowed the crime to be committed and remain unsolved for four years.

On her Senate Energy and Natural Resources Committee questionnaire, Stone-Manning argued in May that she was never the subject of a criminal investigation and that the case was about "alleged" tree-spiking.

Republican Senator John Barrasso has, meanwhile, stated that "this new information confirms that Tracy Stone-Manning lied to the committee that she was never a target of an investigation".

The senator added that "President Biden must withdraw her nomination and if he does not, the Senate must vote it down".

Barrasso spoke after a White House spokespersion confirmed that it stands behind the nomination, touting Tracy Stone-Manning as "a dedicated public servant who has years of experience and a proven track record of finding solutions and common ground when it comes to our public lands and waters".