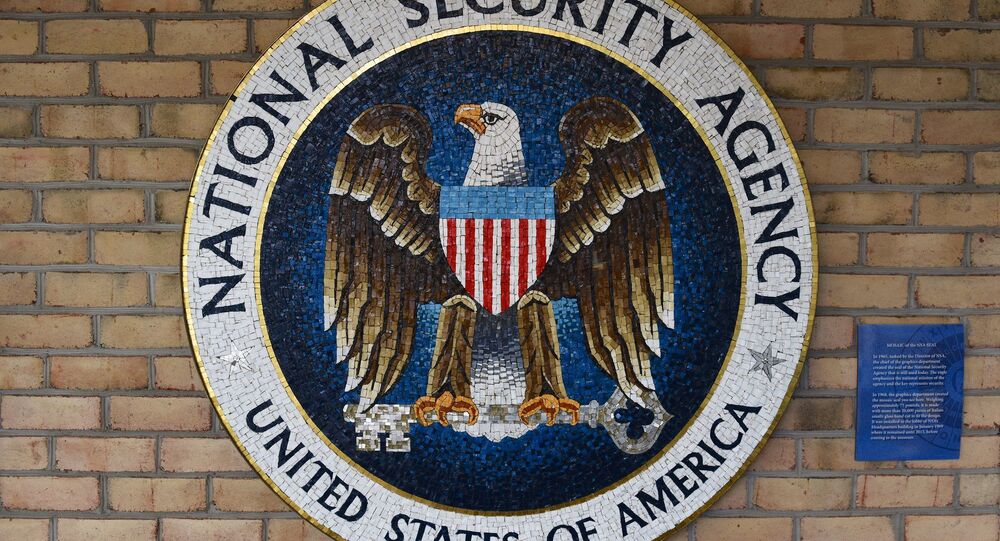 On Monday, Sen. Rand Paul (R-KY) requested Gen. Paul Nakasone, the director of the National Security Agency (NSA), to conduct an investigation into the agency's alleged spying on Fox News host Tucker Carlson. What's behind the simmering spying scandal and is it part of a much broader pattern?

In a recent letter to NSA Director Nakasone, Senator Paul quoted the agency's statement denying Carlson's allegations and argued that "when a long train of abuses conducted by the NSA evinces a consistent design to evade the law and violate the constitutionally-protected liberties of the people, the NSA must do more than tweet a carefully worded denial to be trusted".

Paul called upon Nakasone to explain in detail whether the agency spied on Carlson, approved his alleged unmasking, and shared his private emails with the press. Seventeen House Republicans have also called upon the NSA to explain its conduct.

"I find it likely that Tucker's intermediaries were surveilled by federal authorities. Tucker's correspondence was collected and then someone in the US government unmasked him and leaked the information to the press", says a US lawyer, writer, and researcher known by his nom de plume Techno Fog on Twitter.

The lawyer draws attention to the fact that the NSA statement on this matter "never denied Tucker was surveilled". The agency's notion that the Fox News host has never been "an intelligence target" does not rule out the possibility that his communications were "incidentally collected".

​"Their vague language should be viewed as a tacit admission that yes, they did obtain Tucker's correspondence", Techno Fog says.

On 28 June, Carlson made a bombshell claim that the NSA was monitoring his electronic communications and was planning to leak them to take his show off of the air for "political reasons", citing a whistleblower within the US government.

Whistleblower to Tucker: You're being monitored pic.twitter.com/BLTn9iKaQx

​The next day, the NSA issued a statement: "Tucker Carlson has never been an intelligence target of the Agency and the NSA has never had any plans to try to take his programme off the air", it said. "With limited exceptions (e.g. an emergency), NSA may not target a US citizen without a court order that explicitly authorises the targeting". The US mainstream media also weighed in trying to downplay Carlson's accusations against the NSA.

Yet the story took a new twist on 7 July, when Axios reported that the Fox host had been communicating with "US-based Kremlin intermediaries" about setting up an interview with Russian President Vladimir Putin. Axios' sources said that "US government officials learned about Carlson's efforts to secure the Putin interview". According to Carlson, such sensitive information could only have been obtained from the NSA.

"So, it is not in any way a figment of my imagination. It's confirmed. It's true", Carlson said, commenting on Axios' 7 July report. The Fox News host suggested the NSA and the Biden administration apparently planned to paint him as a "disployal American" and a "traitor doing the bidding of a foreign adversary" via the selective leaking of his emails.

It appears that the conservative Fox News pundit's anxiety has at least some merit given that over the last four years the US mainstream media repeatedly leaked communications of former President Donald Trump and his associates, while Trump campaign aide Carter Page was spied upon on the basis of the unverified Christopher Steele dossier.

"The Tucker surveillance is a continuation of surveillance abuses that occurred before and during the Trump presidency", says Techno Fog. "It demonstrates how the American surveillance state has grown in scope and political power. Those who abuse the system aren't held accountable – as if federal authorities and courts are concerned that charges would cause a political movement to scale-back the surveillance state. Their inaction will only make these types of abuses more egregious and more frequent".

The lawyer notes that while the Tucker Carlson has case attracted a lot of media attention because he has a huge platform and enemies both among politicians and media celebrities, the crux of the matter is that the NSA "spies on Americans all the time".

Thus, the latest FISA compliance review, written by FISA Court Presiding Judge James Boasberg in November 2020 and declassified on 26 April 2021, indicates that the FBI has on multiple occasions used the NSA's massive electronic troves for warrantless searches of US citizens' information.

The document underscores that the "NSA is the lead agency in making targeting decisions under Section 702", adding that the agency's procedures includes checking and rechecking information to ensure that a person is a "non-US person outside of the US" and coordinates with the FBI and the CIA on targeting decisions. While permitting the targeted surveillance of foreign persons located outside of the US, FISA Section 702 mandates that federal agencies comply with the Fourth Amendment, which prohibits unreasonable searches of US citizens. Still, it appears that not all agents follow the procedures, according to the FISA court review findings which, nevertheless, failed to hold accountable those abusing surveillance rules.

"The American public would be interested in FISA abuse – were they to know about it", says the lawyer. "The press refuses to cover these matters, failing to report on the FISA abuse and declining to hold accountable [the] FBI and DOJ leadership".

© AP Photo / Frank Augstein
Artist A. Signl, of the artist group Captain Borderline paints the mural 'Surveillance of the fittest' at a wall in Cologne, Germany, Thursday, Oct. 24, 2013.

Is COINTELPRO Making a Comeback?

Tucker Carlson's spying allegations come amid what appears to be a growing crackdown on conservatives, including an FBI manhunt for January Sixers, suspension of Rudy Giuliani's law license over the 2020 election fraud claims, and criminal indictment against Trump Organisation CFO Allen Weisselberg.

"There's one common attribute among Tucker, the January 6 protesters, Rudy Giuliani, and the Trump CFO – they're all conservative (or at a minimum they've all aligned themselves, in one way or another, with Trump)", says Techno Fog. "I expect the Biden administration (and state liberal prosecutors) will continue this theme in other areas, whether it be from targeting conservative groups through the IRS or attempting to obtain access to conservative donor lists".

However, this is not the first time that the US intelligence community has been involved in persecuting political dissidents. Citing Carlson's allegations, the Cato Institute's Julian Sanchez refers to the FBI's CounterIntelligence Programme (COINTELPRO), dedicated to targeting domestic dissidents between 1956 and 1971.

"It's inconceivable in principle that American intelligence agencies might illegally target journalists or political enemies", Sanchez wrote. "They have a long and sordid history of doing precisely that, most notoriously during J. Edgar Hoover's disgraceful tenure as head of the FBI, which spawned a long-running project, known as COINTELPRO".

A 1976 report by the Congressional Select Committee sheds light on the FBI's 15-year operation "aimed squarely at preventing the exercise of First Amendment rights of speech and association, on the theory that preventing the growth of dangerous groups and the propagation of dangerous ideas would protect national security and deter violence".

According to American lawmakers, "many techniques used would be intolerable in a democratic society even if all its targets had been involved in violent activity but COINTELPRO went far beyond that". The operation ended in 1971 "with the threat of public exposure". Is history repeating itself with conservatives now in the crosshairs?