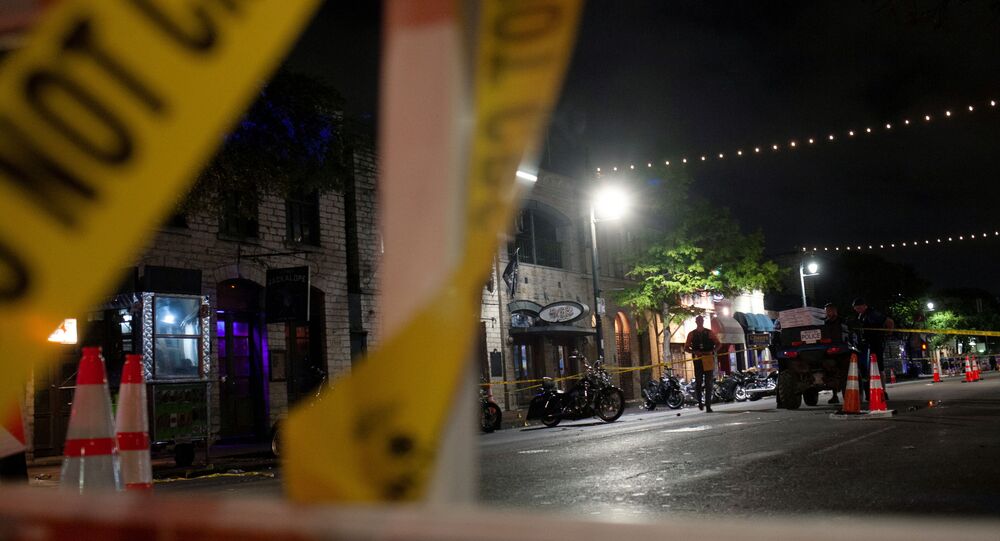 WASHINGTON (Sputnik) - One police officer was killed and four others injured in a shootout with an armed man in the US city of Levelland in Texas, the local police said on Friday.

According to reports, a resident called the police to report his neighbor, who was acting strange and was walking around with a big gun. When the police arrived at the scene, the man opened fire at the officers, the KWTX broadcaster said. The police reportedly returned fire and called in the SWAT team of the Lubbock County sheriff's office, who came to assist.

"Shortly after arrival, gunfire was exchanged and Sgt. Bartlett was shot. Sgt. Bartlett was transported to Covenant Medical Center in Levelland with life-threatening injuries where he was later pronounced deceased", the Lubbock County sheriff's office posted on Facebook.

As a result of the standoff, the SWAT team commander died, one police officer was hospitalized in critical condition, three more were treated and released, according to reports. The suspect has barricaded himself in his home, shots are being fired, the KWTX said. The scene is still active and residents are advised to stay away from the area.

The Lubbock County Sheriff’s Office said it continued to work on the case together with the Levelland police department, Homeland Security, FBI, US Marshals, and other agencies.