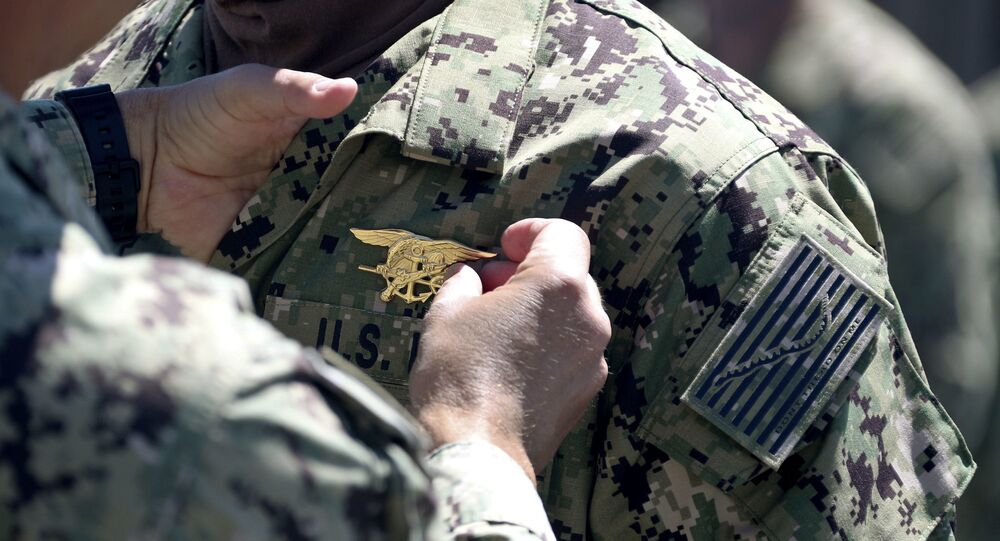 The famed US Naval Special Warfare Command includes first-class units of the Navy SEALs and Special Boat crews, which conducts different kinds of field operations throughout the world.

The first woman in US history to become a member of the Naval Special Warfare Command has accomplished her training, according to a press release issued by the US Navy on Thursday.

The unnamed woman will serve as an operator on one of the Navy's Special Boat crews, which carry out secret operations, and her name has not been revealed for security reasons.

"Becoming the first woman to graduate from a Naval Special Warfare training pipeline is an extraordinary accomplishment, and we are incredibly proud of our teammate," Rear Adm. Hugh Howard, commander of the US Naval Special Warfare Command, said. "Like her fellow operators, she demonstrated the character, cognitive and leadership attributes required to join our force."

According to the statement, those who wish to join the elite command must pass a strict selection and review process, and only 35 percent of applicants make it to graduation.

"She and her fellow graduates have the opportunity to become experts in clandestine special operations, as well as manned and unmanned platforms to deliver distinctive capabilities to our Navy, and the joint force in defense of the nation," Howard said.

According to US Navy data, only 17 people qualified for the Naval Special Warfare Command crew this year.

To date, 18 women have sought to become members of Naval Special Warfare's Combatant-craft crews, or a Navy SEAL, and 14 have failed to graduate. Three women are still training to enter the Navy SEALs or operator crews, with two attempting to be the first female Navy SEAL.