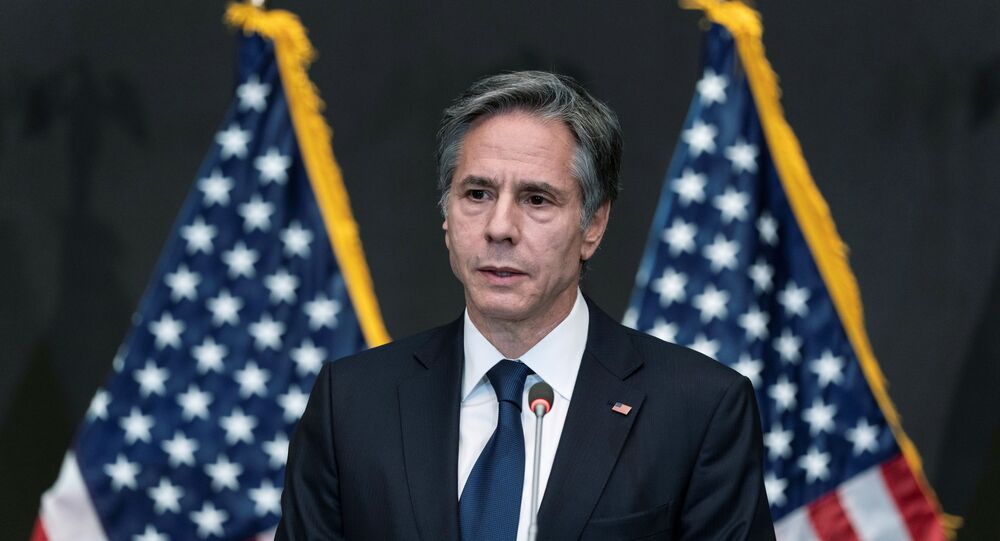 WASHINGTON (Sputnik) - The United States is disappointed over the resignation of Lebanese Prime Minister-designate Saad Hariri amid an ongoing economic and political crisis, US Secretary of State Antony Blinken said in a press release.

On Thursday, Hariri announced his resignation after a meeting with President Michel Aoun who again denied the former's proposed composition of a cabinet.

"Today’s announcement that Saad Hariri is resigning as Prime Minister-designate is yet another disappointing development for the Lebanese people," Blinken said on Thursday.

Blinken urged political leaders in Lebanon to put aside differences to form a new government and hold parliamentary elections in 2022.

Lebanon has been suffering from a deep economic crisis since 2019. The national currency has lost over 80% of its value, while the population is facing shortages of fuel and other essentials.

The economic collapse is accompanied by a political crisis, as the country has had no stable government since January 2020, when Hariri, who was the prime minister since 2016, left his post. He was appointed as the prime minister-designate again in October 2020, following the resignation of Hassan Diab, who quit over the Beirut port blast, and Mustapha Adib's refusal to form a government. Hariri claimed that he would find a compromise between all blocs and parties, but failed.

Israel Foils Attempt to Smuggle $826,808 Worth of Weapons From Lebanon, IDF Says