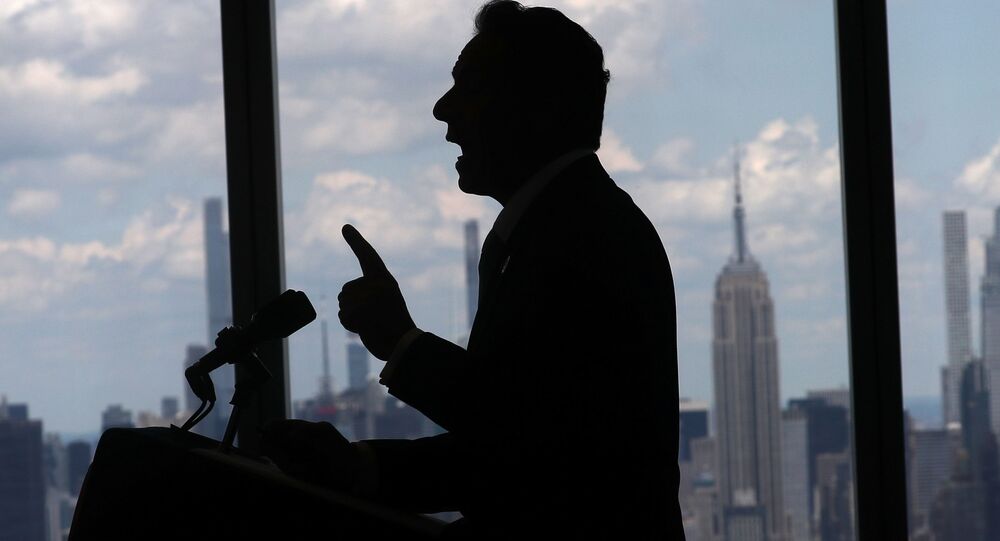 Andrew Cuomo to Be Questioned by Investigators Over Sexual Harassment Scandal

Since the beginning of this year, New York Governor Andrew Cuomo has faced allegations of sexual assault from at least ten women. Cuomo, so far, has denied the accusations, but faces a motion from New York State Assembly aimed to impeach him.

Investigators will question the embattled New York governor, Andrew Cuomo, this Saturday as part of an investigation into allegations of sexual harassment, the New York Times reported on Thursday, citing anonymous sources.

According to the newspaper, investigators could question a number of witnesses a second time if new facts come to light following Cuomo’s deposition.

Sources told the outlet that the state's Attorney General Letitia James is expected to issue an account of the results of the investigation by the end of this summer.

James initiated the investigation against Cuomo in March this year following a scandal that sparked after several women accused Cuomo of sexual harassment and inappropriate behavior. Many members of the state legislature, including Democrats, spoke in favor of his impeachment, but Cuomo denied the accusations and refused to step down.

US federal authorities and the Brooklyn district attorney's office launched another investigation against the Cuomo administration earlier, after an official report from the state's Attorney General office found that Cuomo and his team had concealed the actual number of coronavirus-related deaths in New York nursing homes, reported throughout spring and summer of the last year.