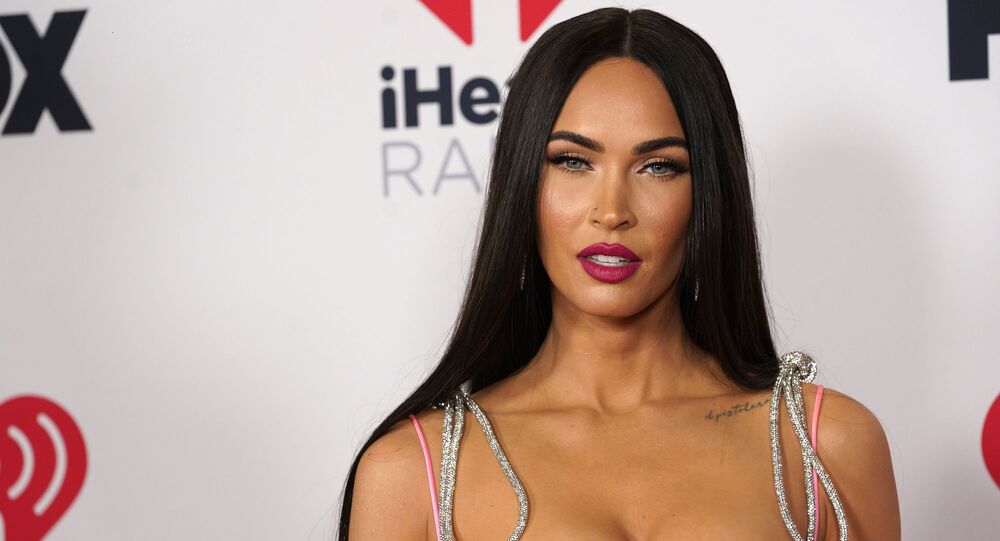 Megan Fox appeared on "Jimmy Kimmel Live" earlier this week and recounted her experience at UFC 264 in Las Vegas, Nevada with a slew of celebrities, including former US President Donald Trump. The 35-year-old actor divulged that she was in the same row as both Justin Bieber and Trump, whom she described as a well-received "legend" at the arena.

Less than two days after her appearance on "Jimmy Kimmel Live," Fox took to her official Instagram account to issue an open letter to the "uneducated" individuals attempting to use her comments on the late-night talk show as a pro-Trump endorsement.

"UHMMM... I DO NOT ALIGN MYSELF WITH ANY POLITICAL PARTY OR INDIVIDUAL POLITICIANS [sic]," the "Jennifer's Body" actor wrote in her Instagram story post on Wednesday. "I NEVER SAID DONALD TRUMP IS A LEGEND. I SAID HE WAS A LEGEND...IN THAT ARENA (KEY PART OF THE SENTENCE)."

Indeed, casual fans and stans alike appeared a bit confused and turned off by the 35-year-old's comments.

"THE ARENA WAS FILLED WITH UFC FIGHT FANS, MANY OF THEM CLEARLY REPUBLICAN BASED OFF THE INSANE CROWD REACTION HE RECEIVED WALKING INTO THE T-MOBILE VENUE," she added. "THAT WAS AN OBSERVABLE FACT. NOT MY OPINION."

"REALLY LOVING THIS UNEDUCATED, MID-EVIL, PITCH FORK CARRYING, BURN A WITCH AT THE STAKE MENTALITY THOUGH. THE WORLD NEEDS MORE OF THAT," Fox concluded, following her statement with a number of emojis, including a red kiss mark.

Despite the confusion about Fox's political leanings, the 35-year-old expressed in her full statement on Trump and his Secret Service that she was actually more concerned for her safety, as Trump was a "target" in her eyes.

"I was in a row with Bieber. Trump was also in my row," Fox recounted to guest-host Arsenio Hall with a smile. "I've never seen Secret Service in person before, so he had like 30 Secret Service with him and he was a legend! That arena, like, was very supportive of Trump when he came in."

She went on to express that she did not know what to make of the situation with Trump security detail, "because if someone is a target then I'm like, I could be harmed, like, because I'm adjacent to where he is."

"I was worried about my own safety," she concluded.