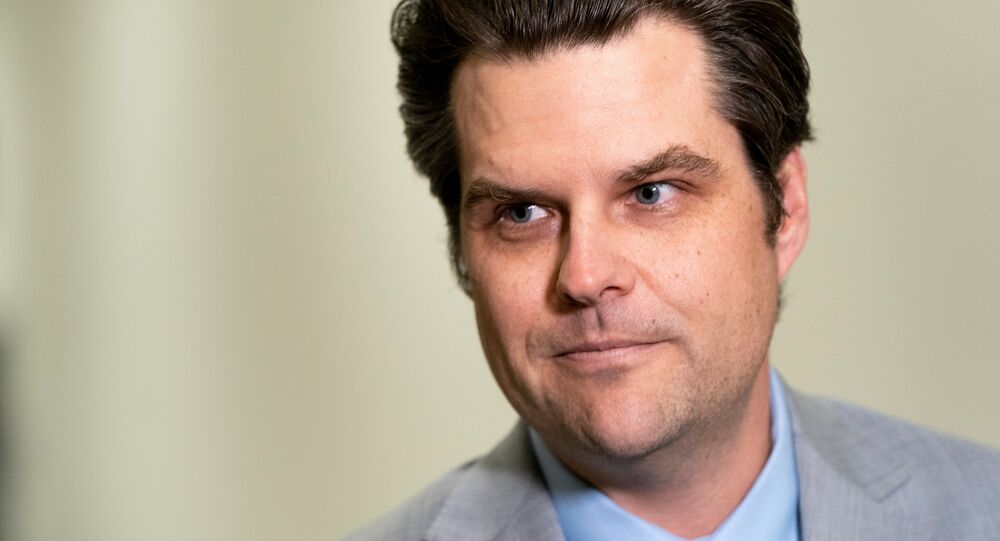 Gaetz was among several House Republicans who asked Britney Spears earlier this month to testify before Congress on her woes under conservatorship, which has essentially deprived her of freedom for over a decade.

Florida Rep. Matt Gaetz made an appearance at a #FreeBritney rally held on Wednesday outside the Los Angeles courthouse and did not mince his words when talking about the pop star's father, who has been the central figure in the singer's conservatorship since 2008.

“He should not be making any more decisions regarding his daughter, she is nearly 40 years old”, he told the cheering Britney supporters.

The Florida lawmaker also ripped the American justice system, which he believes has "abused" the singer, alongside her "grifter father".

​Gaetz and a number of other fellow GOP members earlier invited Britney Spears to testify before Congress about her conservatorship - an arrangement under which her affairs have been virtually controlled by her dad, as she was legally deemed unable to make her own decisions. After 13 years of living under her dad's supervision, the pop star broke her silence, giving a public testimony at a Los Angeles court last month, in which she detailed the "abuse" she had suffered.

The Republican politician's bid to have Spears "freed" comes at a time when he himself might be, as one of Britney Spear's most famous songs goes, "not that innocent". He is currently facing a probe into underage sex trafficking, an allegation he denies.