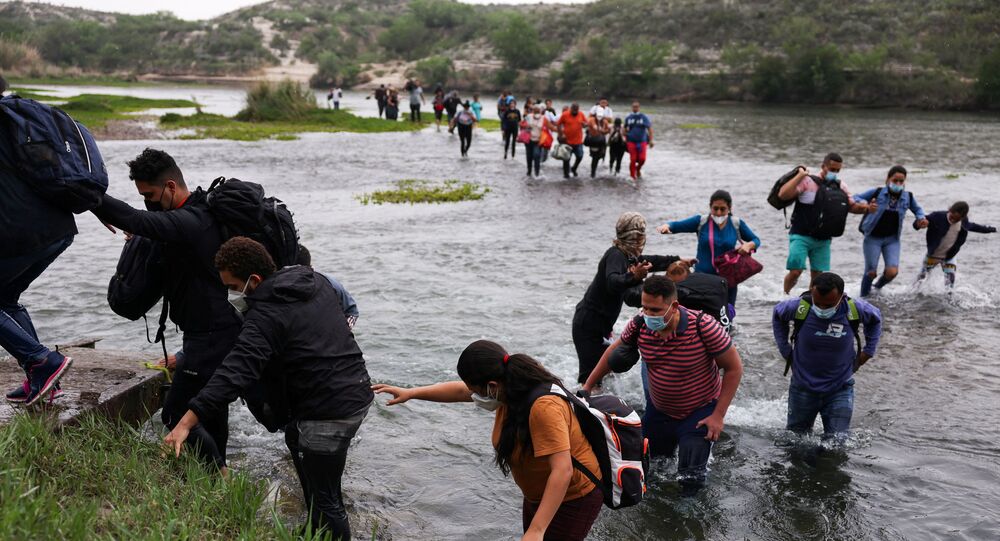 The migration crisis shows no sign of abating in the US, with Customs and Border Protection (CBP) revealing last month that they had apprehended more than 180,000 undocumented migrants along the country's southern border with Mexico, the biggest monthly total since April 2000.

The Pentagon is using an Air Force base in Texas to fly illegal migrants on passenger planes for "resettlement" across the United States, Fox News host Tucker Carlson has revealed.

"This show has confirmed that the Biden administration has enlisted the US military to move illegal immigrants secretly around our country", Carlson said, citing an internal email sent in the Laughlin Air Force Base that he obtained.

The news anchor showed off the email sent by Lieutenant Colonel Matthew Burrows, who was stationed at the Laughlin Air Force Base in Texas, in which Burrows explained the situation to his subordinates.

"Over the next few days, weeks, or months you may see passenger aircraft on a ramp transporting undocumented non-citizens. Please review the attached guidance on the issue. Do not take photographs and refrain from posting anything on social media", the letter read.

Referring to the document, Carlson, for his part, said that he wonders where "all these people are going".

"Several times ICE [US Immigration and Customs Enforcement] promised us additional details but in the end we never heard back. Apparently Americans do not have a right to know where foreign nationals are being resettled in their own country", the Fox News host added.

ICE used the Laughlin Airbase in 2019, when the federal law enforcement agency transported migrants from one border crossing to another for deportation, in so-called "lateral flights".

Carlson's remarks come after Pentagon spokesman Chris Mitchell confirmed that the Laughlin base is again being used to fly migrants, describing the flights as "non-citizen movement" and an ICE "mission".

The developments unfold as the number of illegal migrants crossing America's southern border continues to increase, with US Customs and Border Protection (CBP) saying it reached a new record high in May, when a total of 180,034 asylums seekers were detained.

Other steps included rescinding the Trump travel ban and pledging a "path to citizenship" for more than 11 million undocumented immigrants already living in the US.