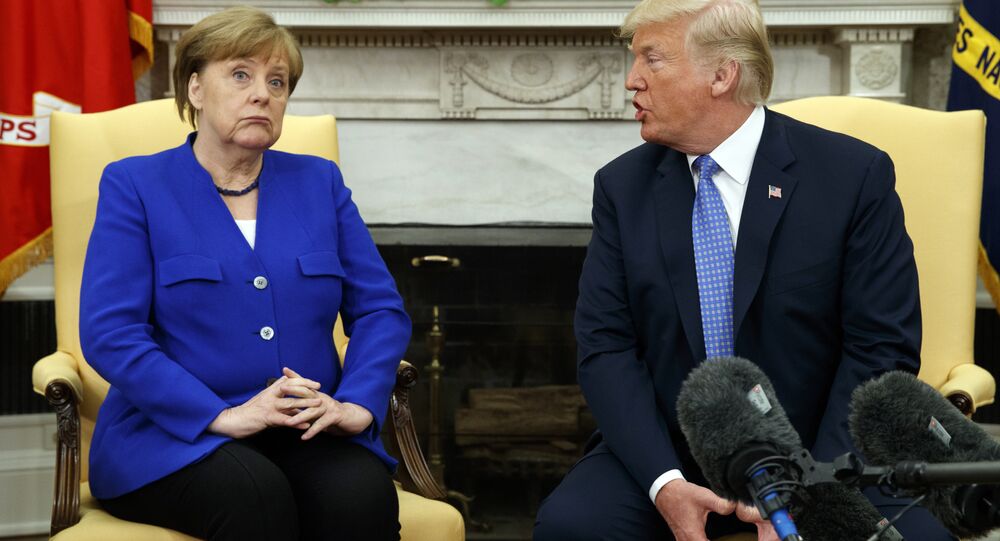 Almost half a year has passed since former US President Donald Trump left office, and several books regarding his presidency have already been penned, offering inside looks into how the 45th POTUS handled both domestic and foreign policy.

A new book, "I Alone Can Fix It", written by The Washington Post's Carol Leonnig and Philip Rucker, claims that top US military officials, particularly the Chairman of the Joint Chiefs of Staff Gen. Mark Milley, were concerned that former US President Donald Trump and his allies might attempt a coup after losing the 2020 election, and even planned to resign to avoid following his orders they considered illegal, according to CNN citing excerpts from the book.

'The Gospel of the Fuhrer'

Milley, according to the book, had been preparing a plan for Trump attempting a coup and felt he had to be "on guard" for the alleged threat.

The authors claimed that Milley believed Trump was "stoking unrest, possibly in hopes of an excuse to invoke the Insurrection Act and call out the military". He compared the rhetoric of the former president with that of the leader of Nazi Germany, Adolph Hitler.

"This is a Reichstag moment", Milley reportedly told aides. "The gospel of the Führer".

General Milley compared Trump's "Million MAGA March" with "the modern American equivalent of 'brownshirts in the streets'" - the pro-Nazi militia that helped Hitler rise to power.

Milley was not known to enjoy a warm relationship with Trump, and the former president slammed the general as "woke" and a "fool".

While House Speaker Nancy Pelosi, according to the book, called Trump "crazy", "dangerous", and a "maniac", demanding Milley guarantee that the former president would not accidentally fire nuclear weapons, while German Chancellor Angela Merkel received some unflattering comments from the ex-president.

"That b*tch Merkel", Trump described the chancellor to his aides. "I know the f**king krauts", the president added, using a derogatory term for German soldiers from World War I and World War II, the book reads. "Trump then pointed to a framed photograph of his father, Fred Trump, displayed on a table behind the Resolute Desk and said, 'I was raised by the biggest kraut of them all.'"

Through a spokesperson, Trump denied making these comments to the authors, according to CNN.

The Washington Post reporters are not the only ones to have been inspired to write a book about the antics of the 45th US president. While "I Alone Can Fix It" is scheduled to come out next Thursday, Michael Bender, a Wall Street Journal author, has also released his own tome covering Trump and his election loss - "Frankly, We Did Win This Election: The Inside Story of How Trump Lost" on 13 July.

Among other books about Trump, his presidency and personal life, include John Bolton's "The Room Where It Happened" and "Too Much and Never Enough: How My Family Created the World's Most Dangerous Man", written by a Trump niece, Mary Trump.

The ex-president has not shown enthusiasm for any of the tomes, having something to criticise or even legally challenging items in practically every book about him.

Trump Called for Whoever Leaked Bunker Story to Be 'Executed', Book Claims