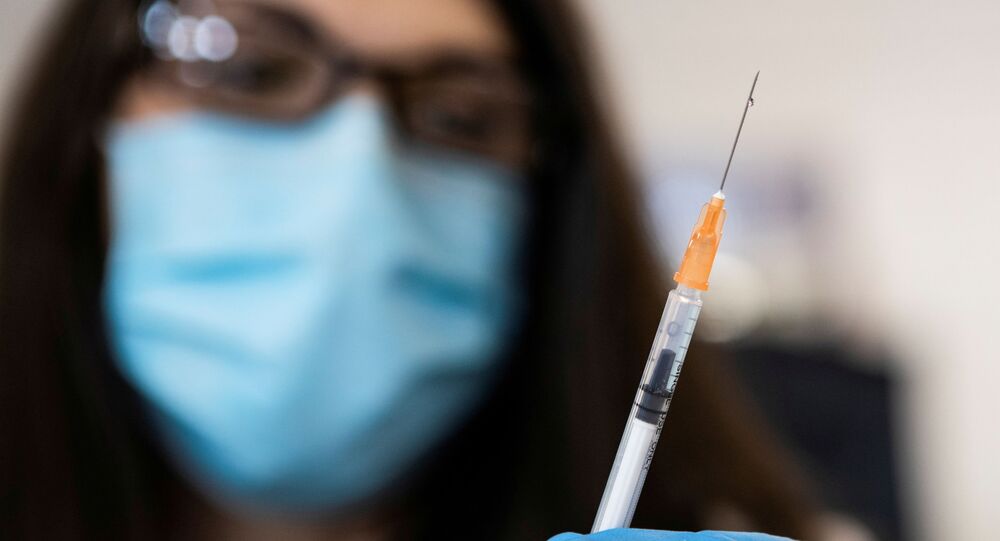 It was reported earlier this week that Dr. Michelle Fiscus, head of the Tennessee Department of Health's vaccine programs, was terminated from her position .

The Tennessee DOH has moved to halt vaccine outreach programs for all diseases - not just COVID-19 - following fierce pushback from Republican state lawmakers, according to the Nashville Tennessean, citing an internal report and agency emails.

One email, issued on Monday by Tennessee DOH Chief Medical Officer Dr. Tim Jones, told staffers they should carry out "no proactive outreach regarding routine vaccines," such as the vaccines to prevent measles, polio and Hepatitis B. Staffers were also instructed to conduct "no outreach whatsoever regarding the [human papillomavirus] vaccine."

"Any kinds of informational sheets or other materials that we make available for dissemination should have the Tennessee DOH logo removed," Jones wrote, as reported by the outlet.

The state department of health has also halted all COVID-19 vaccine events that were scheduled on public school property. Per an internal report, this directive came from Health Commissioner Dr. Lisa Piercey.

So far, a little over 5,400,000 vaccines have been administered in the state, according to data from the Tennessee DOH. As of this article's publication, 42.6% of individuals in the state have at least one dose of a COVID-19 vaccine, while 38.2% of people statewide have been fully vaccinated.

© AP Photo
In this image made from video, Michelle Fiscus speaks to the Associated Press, from Franklin, Tenn., on Tuesday, July 13, 2021. Fiscus, Tennessee's top vaccinations official, said she couldn't stay silent after was she was fired this week amid scrutiny from Republican state lawmakers over her department's outreach efforts to vaccinate teenagers against COVID-19

According to the former state health official, tensions grew between her and Republican state lawmakers after she republished the "Mature Minor Doctrine," which, in part, grants healthcare providers the ability to treat someone between the ages of 14 and 18 without parental consent, "unless the physician believes that the minor is not sufficiently mature to make his or her own health care decisions."

"Within days, legislators were contacting [Tennessee DOH] asking questions about the memo with some interpreting it as an attempt to undermine parental authority," Fiscus wrote in a statement issued in response to her firing.

Tennessee State Rep. Scott Cepicky, a Republican, also argued that the DOH was "targeting" minors he described as "impressionable youth" with "reprehensible" advertising in favor of COVID-19 vaccines.

"Specifically, it was MY [sic] job to provide evidence-based education and vaccine access so that Tennesseans could protect themselves against COVID-19," she emphasized. "I have now been terminated for doing exactly that."

The move also prompted the American Academy of Pediatrics (AAP) to warn that such a move will "only increase the likelihood that we'll see other outbreaks" of diseases other than COVID-19.

Both Fiscus and the AAP argued that her termination is a prime example of how public health is being politicized in the US.

Members of the Tennessee DOH are scheduled to meet in front of lawmakers again on July 21.