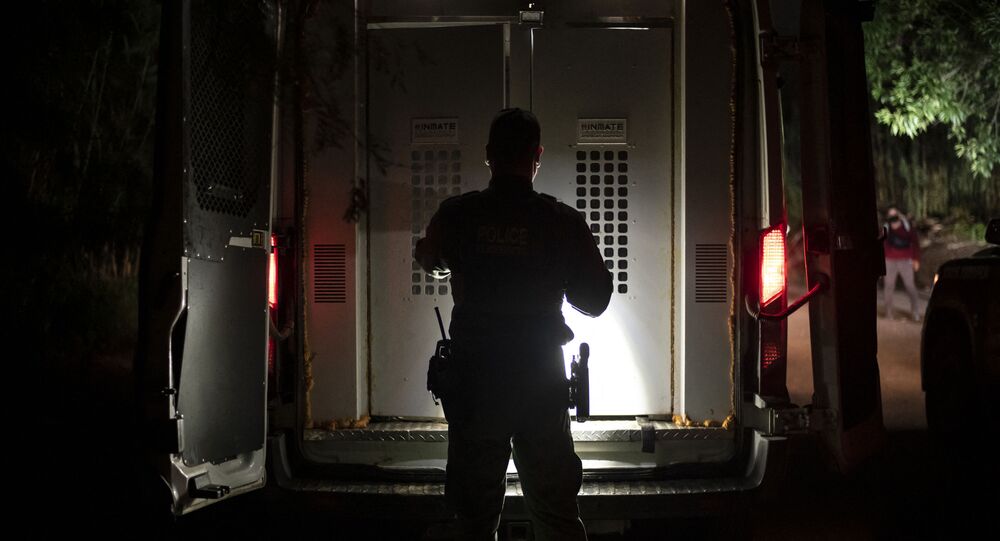 After US President Joe Biden undid most of his predecessor's harsh policies toward migrants, those who crave what they imagine to be a better life in the United States immediately flocked to the southern US border, swiftly causing what appears to be a crisis, as migrant numbers significantly surged.

A US Border Patrol agent was caught conspiring with and taking bribes from migrant smugglers, including one man named Ronaldo Vidaurri Jr. who would carry "loads" of migrants through the border, The Washington Post reported Wednesday, citing court documents.

According to the report, Vidaurri pleaded guilty to illegally transporting people into the United States and gave away a US border agent named Rodney Tolson Jr., who helped him cross the checkpoints for a cut of the cash.

Tolson signed a plea deal with investigators on 7 July after being arrested in May, and is currently facing up to 10 years in prison for transporting an illegal migrant within the US. He helped to smuggle migrants into the US from February to March 2019, confessing to taking some $400 per person from a Vidaurri associate. The latter, according to The WaPo, said that Tolson participated in smuggling operations at least six times.

It was not specified how much money Tolson received in total.

For many years corruption has remained one of the most significant problems within the CBP, with a 2015 US Customs and Border Protection integrity report saying that “arrests for corruption of CBP personnel far exceed, on a per capita basis, such arrests at other federal law enforcement agencies".

Under the new administration, migrant smuggling into the United States has continued, with the southwestern border seeing a surge in attempted crossings since Joe Biden assumed office and undid most of Trump's harsh migrant policies.

As the situation at the border has remained tense for several months, CBP data shows that some 172,000 migrants were either apprehended or expelled at the US-Mexico border in May under Titles 8 and 42. The Biden administration has been criticized for its migrant policies, with a large part of the backlash targeted at Vice President Kamala Harris who is tasked with handling the border issue.

Biden, along with Department of Homeland Security officials, faced a lawsuit from several Texas sheriffs who accused the administration of “violating federal statutes that require certain illegal aliens to be detained and removed from the US”.

Among recent moves by the Biden cabinet is a decision to end a health provision known as Title 42 - allowing officials to expel illegal migrants over health restrictions. The plan sparked a new round of backlash, with dozens of Republican senators urging Democrat Biden not to take the action, arguing that it would "have a dire impact on the crisis already engulfing our southwestern border".

Former US President Donald Trump, an apologist for a much tougher approach, including building a wall on the border and resisting illegal migration into the country, blasted the current situation on the southwestern border and what he characterized as Biden's "incompetence" in handling it.