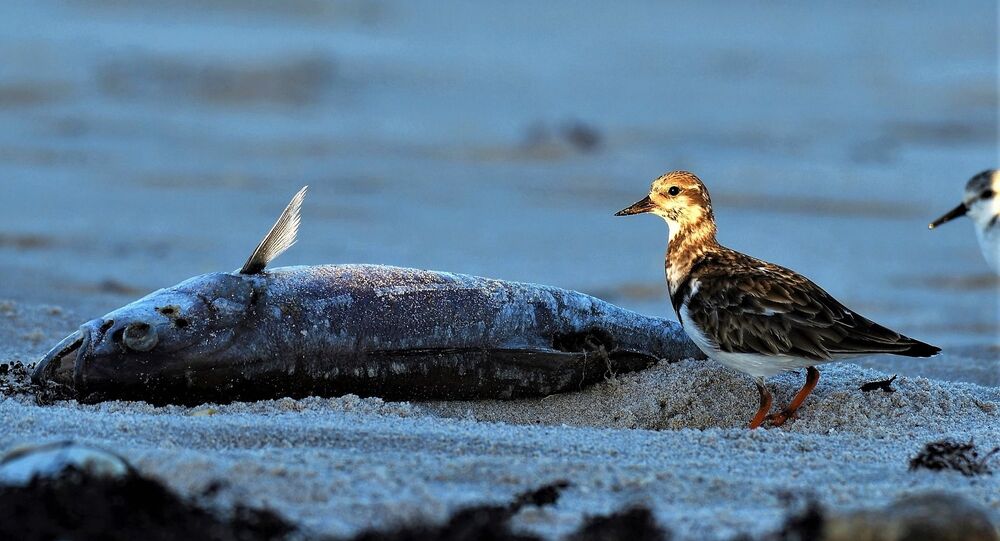 When in bloom, unique kinds of single-celled algae stains massive stretches of water along the southwest coast of Florida in blood red. The microorganisms are poisonous to marine inhabitants because of deadly toxins that affect the nervous system of aquatic animals.

Early flowering of toxic algae blooms has killed hundreds tons of fish in the Tampa Bay area, in the US state of Florida. Local services have already cleared an estimated 600 tons of dead marine inhabitants and more is expected, NPR has reported, citing officials.

The phenomenon was caused by a so-called 'red tide' – a flowering of certain kinds of microscopic algae, known as Karenia brevis. It naturally blooms from September until January in the waters of the Gulf of Mexico. In this period it is slightly harmful for humans and deadly for sea animals.

Early flowering isn’t unusual according to oceanographers, but its intensity and unprecedented amounts of dead fish are concerning.

"This is not normal,” Richard Stumpf from the National Oceanic and Atmospheric Administration said. “The fact that it's been three years since the last one is not good.”

The highest concentration of dead fish was seen in nearby St. Petersburg, where city officials are rushing to clean the area. According to the Pinellas County solid waste division, cleaning crews have collected about 600 tons of dead fish. As St. Petersburg's emergency manager, Amber Boulding, said, more fish are expected to wash up on shores until the bloom stops.

"We scrape the beaches. We get it cleaned up — as soon as those tides change, we have fish right back in," she noted. "We don't know the end of it."

Back to Nature: Divers Clean Remains of Fish Farm on Ulysses' Island Of Ithaca, Greece

Geronimo! Thousands of Fish Dropped From Plane to Lakes in Utah