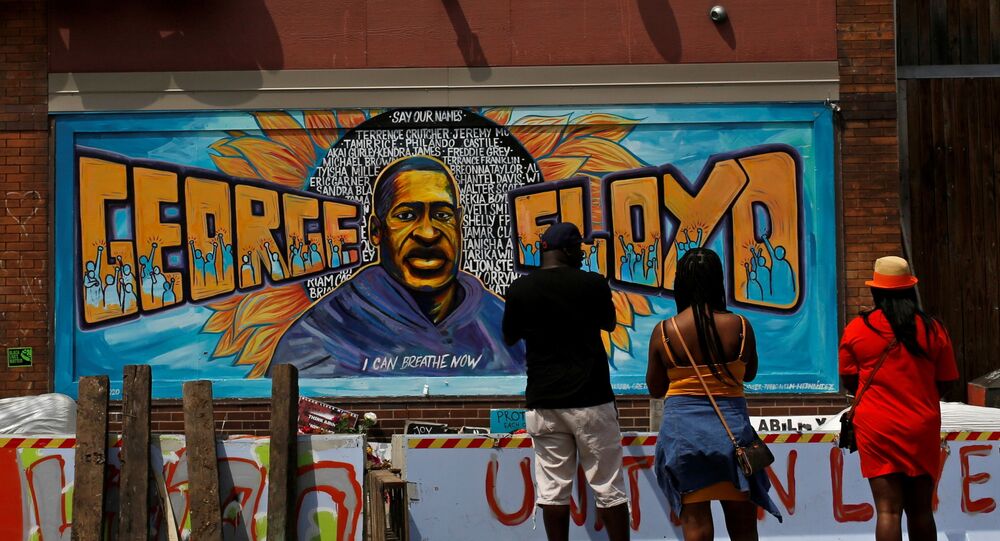 Mayor Wade Kapszukiewicz cast doubt on the Toledo Fire and Rescue service's acceptance of a local witness report that the mural, painted by local artist David Ross, was destroyed by lightning.

The mayor of Toledo, Ohio, has vowed to rebuild a memorial mural to George Floyd after it was said to have collapsed because of a lightning strike.

An unnamed witness told the Toledo Fire and Rescue service that the painted wall collapsed during a thunderstorm on Tuesday after a bolt of lightning struck the building it was attached to. The fire department told local WZZM-TV that the strike was the cause of the collapse.

Toledo Mayor Wade Kapszukiewicz cast doubt on that assessment, however, and vowed to restore the mural "so that the message at the core of this artwork can be heard."

YouTube/KHOU 11
George Floyd Mural Defaced With Racial Epithet in Wake of Chauvin Guilty Verdict
The mayor said he would work with the city arts commission and local artist David Ross to replace the artwork he created a year ago.

​Photos published by news outlets showed other views of the damage.

Minneapolis resident Floyd's death by asphyxiation while under arrest on 25 May 2020 sparked a renewed wave of anti-police-brutality and anti-police-racism protests by Black Lives Matter across the US — accompanied in a handful of incidents by rioting and the creation of police 'no-go' areas in many cities — during an election year.

Derek Chauvin, one of the four officers involved in Floyd's arrest and subsequent death, was convicted in April of unintentional second-degree murder, third-degree murder and second-degree manslaughter for Floyd's death. He was sentenced to 22 and a half years in prison.

'Symbol of Hatred': Utah BLM Causes Twitstorm With Attack on Stars and Stripes