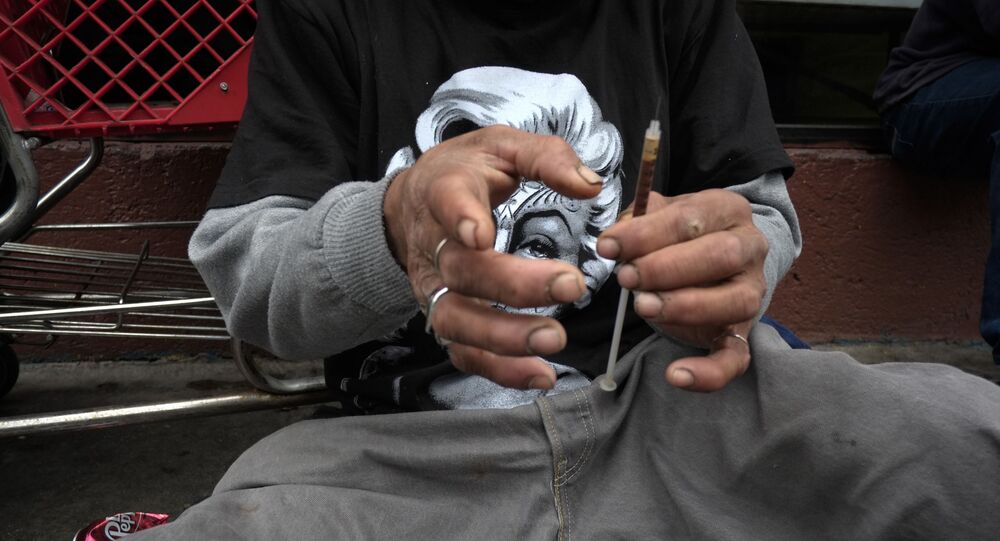 As the US grappled with the onslaught of the COVID-19 pandemic last year, coronavirus-related restrictions and lockdowns around the country forced many Americans already struggling with addiction into isolation and financial insecurity. Experts have suggested the lack of access to social groups and health care aided the rise in overdose deaths.

Drug overdose deaths in the US surged to a record in 2020, with an estimated 93,331 overdose deaths logged for the 12-month period ending in December 2020, according to provisional data released on Wednesday by the US Centers for Disease Control and Prevention (CDC).

Comparatively, for the 12-month period ending in December 2019, an estimated 72,151 overdose deaths were recorded.

According to the federal data, almost three-quarters of drug overdose fatalities were attributed to opioids, a class of drugs that includes prescription-strength pain relievers, heroin and synthetic drugs like fentanyl.

Overdose deaths attributed to cocaine and methamphetamine also saw a rise during 2020.

The release of the public health agency's provisional drug overdose death data comes just a day after US President Joe Biden tapped Dr. Rahul Gupta, chief medical and health officer for March of Dimes, to lead the administration's efforts to curb the ongoing addiction and overdose epidemic in the US.

© AP Photo / John Raby
Dr. Rahul Gupta, state health officer of West Virginia, talks in his office Tuesday, Feb. 10, 2015, in Charleston, W.Va. West Virginia and Mississippi are the only two states that refuse to exempt school children from mandatory vaccinations based on their parents' personal or religious beliefs

Gupta previously served as Health Commissioner of West Virginia, and led the state's opioid crisis response and public health efforts, including the launch of the Neonatal Abstinence Syndrome Birthscore program, which is used to identify high-risk infants.

'Do Better': Top CDC Chief Warns US Must Invest in Public Health to Be Ready for Next Pandemic