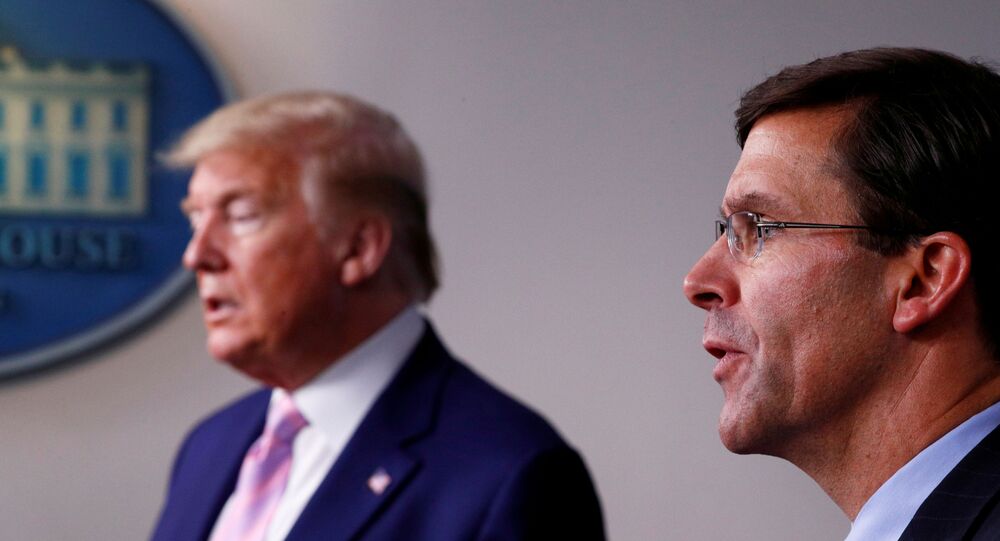 Former President Donald Trump fired Mark Esper on 9 November 2020, less than a week after the United States voted in the presidential election that eventually saw Esper's former boss lose the race. According to a new book on Trump, this is exactly the outcome the former Pentagon chief was hoping for.

Former US Defence Secretary Mark Esper wanted Donald Trump to lose the 2020 presidential race on election night, fearing that the commander-in-chief might "call in the troops" to quell potential unrest if the election results were unclear, according to a new book by two Washington Post journalists Carol Leonnig and Philip Rucker.

An excerpt from the book, titled I Alone Can Fix It: Donald J. Trump's Catastrophic Final Year, claims that Esper told his colleagues on the election night that he started "rooting for Democrats" while watching the news coverage of the vote.

Esper also expressed his view that Trump's rival Joe Biden and current Secretary of State Antony Blinken were "serious, stable people who cared deeply about shoring up national security", while he “couldn’t say the same about Trump”.

On 9 November, then-President Donald Trump sacked Mark Esper following continuous media speculations about the Pentagon chief's departure. He was replaced by Christopher C. Miller, who occupied the post until the Biden administration was sworn in.