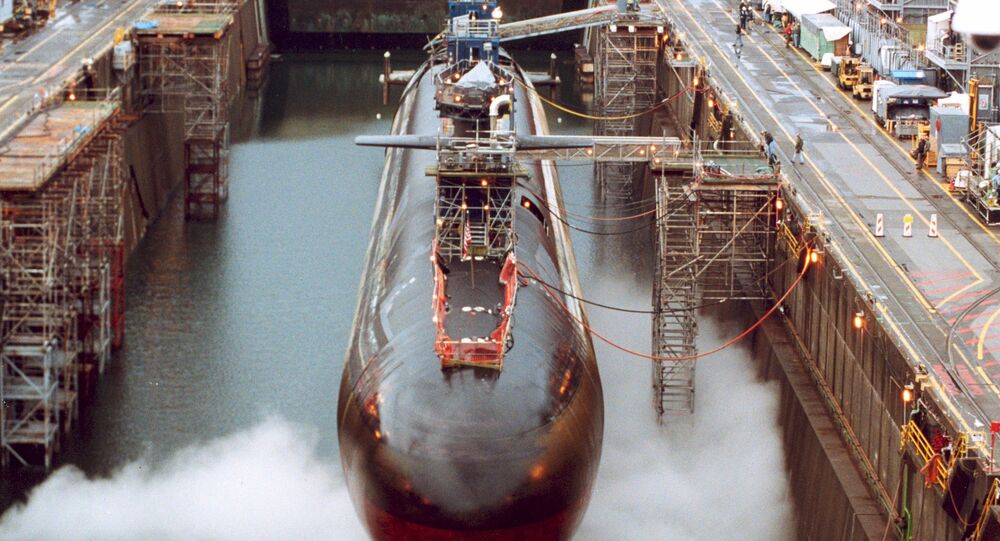 Diesel engine exhaust gases are extremely harmful to humans, as they can provoke lung cancer. According to experts, diesel exhaust is comparable in harm to the radiation of plutonium and alcohol.

33 sailors have been hospitalised after having been thought to be poisoned by exhaust fumes from a diesel engine onboard the USS Michigan submarine currently located at the Puget Sound Naval Shipyard, the Kitsap Sun reported on Tuesday.

The incident occurred while repair work was being carried out.

According to a spokesman for the Bangor-based Submarine Group, Lt. Cmdr. Ben Anderson, the sailors were examined by doctors "out of an abundance of caution." Two showed mild symptoms of respiratory distress.

"All sailors were evaluated and released" he said from the hospital.

USS Michigan, one of four 560 foot submarines with guided rockets, had been berthed at Puget Sound Naval Shipyard for two years due in part to an overhaul that includes the restoration of an emergency diesel generator.