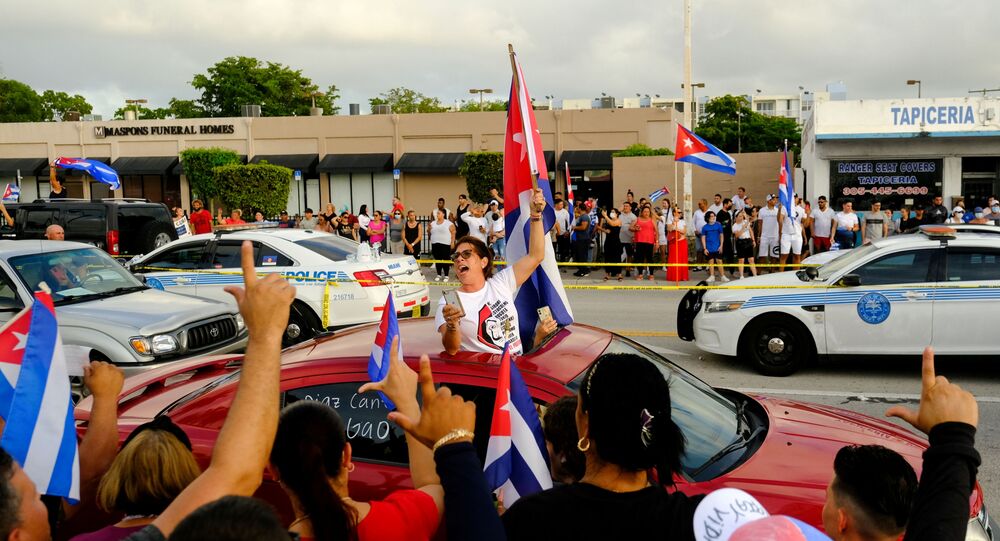 US Activists Walk 1,300 Miles to Washington to Demand End to Cuba Blockade

WASHINGTON (Sputnik) – A group of US-based activists started a 1,300-mile walking rally from the city of Miami to the nation’s capital, to call on authorities in Washington DC to lift the embargo on Cuba, participant Phil Wilayto said on Tuesday.

“Cuban-American activist Carlos Lazo and his group Puentes de Amor (Bridges of Love) are conducting a 1,300-mile walk from Miami to Washington DC, where they will speak at a rally to demand an end to the US blockade and travel restrictions imposed against Cuba,” Wilayto, a founding member of the Defenders for Freedom, Justice & Equality, said in a statement provided to Sputnik.

On their way to the capital, the activists will stop in several cities to explain their position and urge Americans to support lifting the Cuba-related limitations.

“The seven-member group will be stopping in Richmond on Monday, July 19, to speak on these issues and more at a public meeting,” Wilayto added.

US restrictions on trade with Cuba date back to the island nation's communist revolution in the late 1950s and involve at least a half dozen different US laws. US President Barack Obama took steps to normalize bilateral relations with the island, but many of those steps were reversed by the former presidential administration of Donald Trump. Over Trump's single four-year term, his administration added 243 new economic sanctions to increase the embargo on Cuba.

On June 23, the United States voted against a UN General Assembly resolution condemning the embargo on Cuba, which was adopted by an overwhelming majority of 184 out of 193 member nations.

Riots in South Africa, Protests in Cuba, and Arrests of Colombian Mercenaries in Haiti

Arrests in Haiti, Protests in Cuba, Billionaires in Space