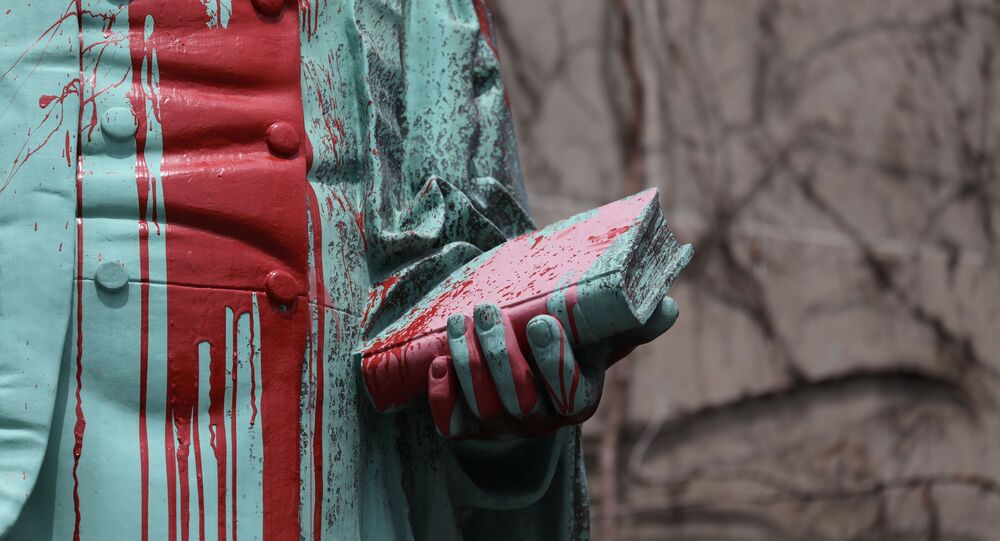 While the island-based school received its moniker due to some of its students having died the same way as most of the would-be escapees from the notorious prison in the US, the newest discovery is far more troubling.

Over 160 new unmarked graves that purportedly contain the remains of indigenous children have been discovered near the former Canadian school colloquially known as "Canada's Alcatraz". The Kuper Island Indian Residential School was located on Penelakut Island before being demolished in the 1980s, and received its grim reputation after several of its students died trying to escape by swimming to Vancouver Island.

The new discovery, however, has sparked speculation that the drowned students were not the only casualties at the school. While the archives indicate that there have been at least 120 documented deaths of students on Kuper Island, the real toll might be higher considering the finding of 160 unmarked and, apparently, undocumented graves.

The finding comes after around 1,000 similar graves containing the remains of students were found near former Catholic schools across Canada. These institutions were all part of a now-defunct school system that removed over 150,000 indigenous children from their families to forcibly assimilate them into Canadian society. The system of Indian residential schools was launched in 1828 and only completely abolished in 1997.

Canada's Truth and Reconciliation Commission identified that at least 4,100 children died in this system, but some estimates hike that figure to over 30,000 deaths. The students at these facilities are believed to have been exposed to various types of abuse and their well-being largely neglected, with some likening this system to "cultural genocide".

The representatives of the Penelakut tribe, who reported the grim finding at the Kuper Island school, said the graves were discovered on the school's "grounds and foreshore". Penelakut Chief Joan Brown said it caused a "tremendous amount of grief and loss" to see how many "brothers and sisters" from our neighbouring communities did not return home from these educational facilities.

"It is impossible to get over acts of genocide and human rights violations. Healing is an ongoing process. Sometimes it goes well, and sometimes we lose more people because the burden is too great. We are at another point in time where we must face the trauma because of these acts of genocide. Each time we do, it is possible to heal a little more", the Penelakut tribe address in connection with the finding said.

There will be more discoveries like the one at the Kuper Island school, Belinda Vandenbroeck, a survivor of a residential school for indigenous children in Canada says. Vandenbroeck notes that there are still over 100 residential school grounds to be searched for signs of unmarked graves. The country and those indigenous people who survived these schools, will one day overcome this grief, but those responsible for the atrocious policy must be identified and punished, she adds.

"There is much grief and sadness in finding the graves of children who never returned home. The families and communities are impacted in a profound way […] The authorities such as the government and churches need to be involved and bring people to justice that allowed this to happen. They cannot hide or deny these horrendous acts of genocide", Vandenbroeck says.

Previous discoveries of unmarked graves belonging to indigenous children sparked a wave of vandal attacks and arson against Catholic churches in Canada. The latter were widely associated with the defunct educational system because many of these schools used to be run by the church.

Canada’s Indigenous Schools, COVID-19 and This Week’s Headlines From UK and US