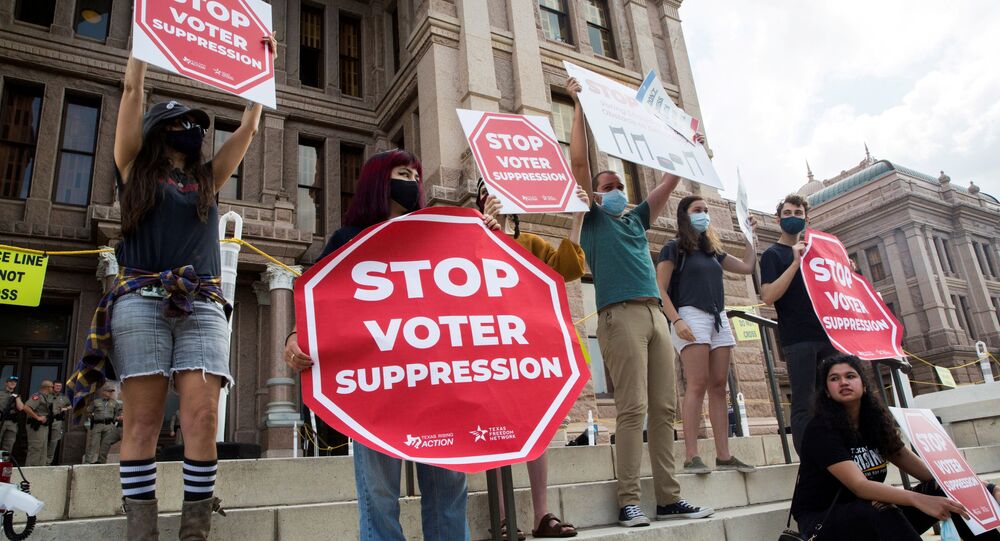 The narrow exception is seen as a way to proceed with a bill crucial for Democrats. A broader ban is reportedly thought of as dangerous for the Democrats themselves, since they might end up being in the minority one day.

House Majority Whip James Clyburn has launched an effort to exempt the S.1 bill, also known as the For the People Act, from existing filibuster rules in the US Senate after Republicans stopped the last attempt to pass the bill, The Guardian has reported, citing anonymous sources.

The report claims that Clyburn is pushing Democrats in the Senate to end the use of filibuster rules for "constitutional measures" so that the S.1 bill can overcome the GOP's opposition to it, which they argue would undermine the integrity of future elections if allowed to pass.

The Democrats insist the bill was made to make voting more accessible, especially for minorities, and prevent state governments from imposing certain rules, such as the requirement to show voter ID to receive a ballot. The Republicans condemn S.1 over its federal intervention in states' rights and insist that some of its provisions create opportunities for voter fraud.

The Senate rule, known as the filibuster, mandates that over 60 senators must vote in favour of starting deliberations on any bill with the exception of budgetary legislation, which can be passed via a simple majority. Thus, Democrats in the 50-50 split Senate cannot pass bills without negotiating a compromise with at least 10 GOP lawmakers.

Minority leader Mitch McConnel rallied Republicans in June 2021 to defeat an attempt to pass the S.1 bill, but the Democrats are not giving up on passing the piece of legislation, which they and President Joe Biden deem as critical. The GOP's opposition to the legislation stirred many Democrats in the House, with Speaker Nancy Pelosi, as well as the rest of the Democratic leadership, supporting Clyburn's efforts, The Guardian's sources claim.

The report claims that Democrats see the "constitutional measure" exemption from the filibuster as the primary option for passing the For the People Act. Clyburn reportedly met with White House counselor Steve Ricchetti and Vice President Kamala Harris in order to gain backing for the initiative after POTUS, himself a former senator, suggested limiting the use of the filibuster.

It is unclear from The Guardian's report as to how Democrats plan on changing the Senate rules, since this also requires backing from the GOP. Furthermore, there is no unity among Democrats regarding the filibuster either – Senators Joe Manchin (D-WV) and Kyrsten Sinema (D-AZ) see the filibuster as a tool that must remain in place.

At the same time, the Democratic Party is not trying to permanently abolish the filibuster – a measure opposed by President Joe Biden. Instead, they want to pass a narrow exemption from the rule because possibly after the 2022 midterms, the Democrats might end up becoming a minority themselves and would thus need the filibuster to block GOP proposals, The Guardian's sources say.