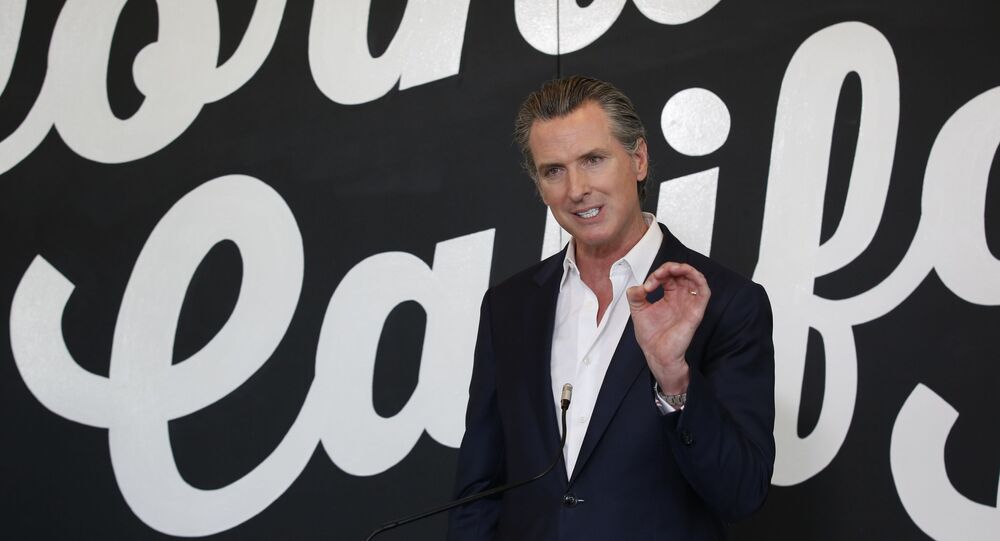 Ironically, Newsome himself signed the law allowing officials targeted by recalls to list their party designation. Yet, the governor's legal team failed to include his party affiliation in the official documents during the alloted time period.

Incumbent California Governor Gavin Newsom won't be listed as a Democrat during the recall vote after he failed to officially designate his party preference. Sacramento County Superior Court Judge James P. Arguelles rejected Newsom's lawsuit against Secretary of State Shirley Weber, who had refused to correct the error. According to the ruling, "circumstances do not justify excuse from the deadline".

The governor's representatives noted that the whole situation was caused by an "inadvertent but good-faith mistake", while the attorney for recall proponents stressed that "no one is above the law, and this ruling makes clear, that includes Gavin Newsom".

The governor is facing a recall vote in September due to his pandemic policies. If at least 50% of those voting opt to recall Newsom, voters will be asked who they want to lead the state instead.

So far, the vast list of 60 candidates to replace Newsom includes former Olympian Caitlyn Jenner, San Diego Mayor Kevin Faulconer, businessman John Cox, and former House Rep. Doug Ose. Only one of the state's 54 gubernatorial recall attempts has even been successful, when Gov. Gray Davis had to step down in 2003, and superstar Arnold Schwarzenegger became the new governor.