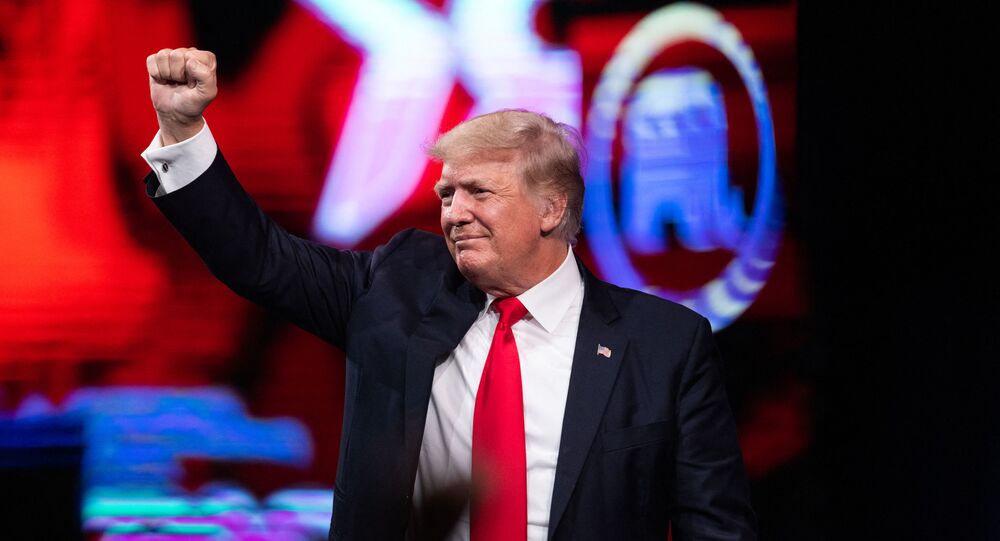 William McSwain served as the US attorney for the Eastern District of Pennsylvania from 2018 until January 2021, during the presidency of Donald Trump, who nominated him for the post.

Former US President Donald Trump on Monday on his Telegram channel posted a letter written by ex-US attorney of Pennsylvania, in which the latter slams the Justice Department orders on how to respond to the election fraud allegations.

"On Election Day and afterwards, our Office received various allegations of voter fraud and election irregularities," the letter said. "As part of my responsibilities as U.S. Attorney, I wanted to be transparent with the public and, of course, investigate fully any allegations. Attorney General Barr, however, instructed me not to make any public statements or put out any press releases regarding possible election irregularities."

According to reports, Barr called the election fraud claims "just bulls**t" during a December 2020 meeting in the White House.

At the time, Shapiro said that the state found "absolutely no evidence" of what Trump claimed was widespread "voter fraud" that allowed his rival, Joe Biden, to win the 2020 presidential election. Days before the November election, Shapiro tweeted that "Trump is going to lose".

If all the votes are added up in PA, Trump is going to lose. That’s why he’s working overtime to subtract as many votes as possible from this process.

For the record, he’s 0-6 against us in court. We’ve protected voting rights. Now, ignore the noise—vote!https://t.co/mN8t6TDud7

​In his letter, McSwain revealed that he is going to run for Pennsylvania governor in 2022 and saying he would be "honored to have your support". He also elaborated on the electoral reforms he would support in the state, particularly outlining his commitment to protect "the right of all Pennsylvania citizens to cast a legitimate vote".

In his own statement, Trump expressed outrage over the situation McSwain described in the letter.

"US Attorney from the Eastern District of Pennsylvania was precluded from investigating election fraud allegations", Trump wrote. "Outrageous!"

Trump, along with his supporters, continues to assert that he was the winner of the 2020 White House race, adding that the election was "stolen" from him. In late June, the former president slammed former US Attorney General William Barr, his now-estranged ally, as "a man who was unable to handle the pressure" of "the 2020 presidential election scam".

"New revelations that Fulton County is unable to produce all ballot drop box transfer documents will be investigated thoroughly, as we have with other counties that failed to follow Georgia rules and regulations regarding drop boxes. This cannot continue", Raffensperger tweeted at the time, ordering a new audit of thousands of ballots.

New revelations that Fulton County is unable to produce all ballot drop box transfer documents will be investigated thoroughly, as we have with other counties that failed to follow Georgia rules and regulations regarding drop boxes. This cannot continue.

​Trump welcomed the tweets as "very big news", declaring that "people are starting to see the light".