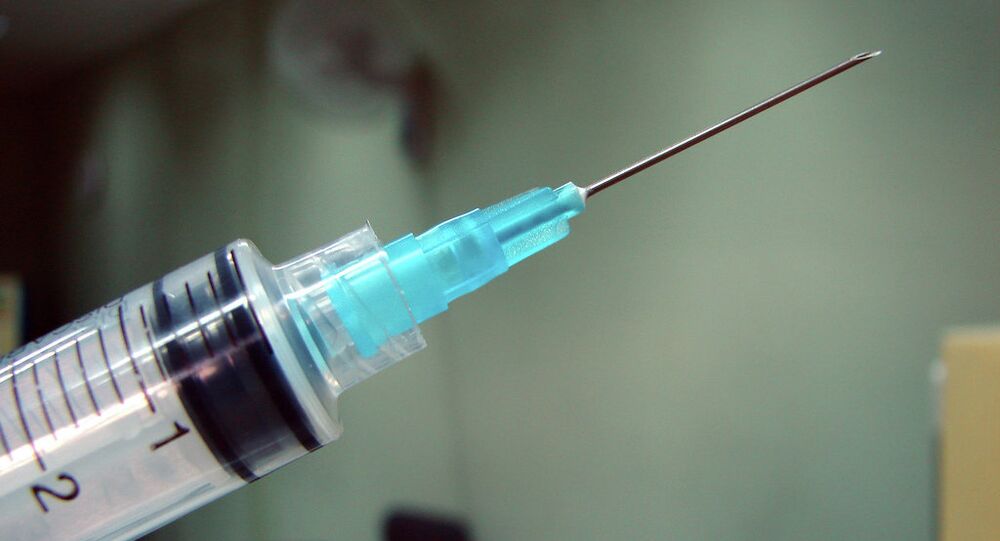 Figures indicated that some 500 stormwater outflows are located across New York City and northern New Jersey that eventually feed into the Hudson River. It’s also estimated that more than 20 billion gallons of raw sewage flow out of those pipes annually.

Beachgoers who ventured out to New Jersey’s infamous Jersey Shore coastline were recently forced to seek fun and adventure elsewhere after authorities discovered hundreds of syringes were washing ashore.

Local news outlet NBC New York reported that beach patrollers from the Garden State’s Sandy Hook to Long Branch uncovered dozens of needles along the shorelines, with dozens of syringes being found at Monmouth Beach alone.

"I had gloves on and I had a picker thing, so I didn't touch any of them," Kathrine Gough, one of many patrollers that spotted the surfacing syringes, told the outlet. "But it was pretty weird because people were asking questions and we don't know what happened."

Screenshot/NBC New York
Screenshot captures an image of a bevy of syringes that were recently collected along the shores of several New Jersey beaches. Officials have speculated that the occurrence is the result of overflooded sewer systems that forced untreated water to be channeled back into regional waters.

Although the highly concerning development ultimately prompted a bevy of warnings to beachgoers and temporary closures over the weekend, most beaches were reopened to communities come Monday morning after thorough inspections were carried out.

Among those sites that were reopened was Monmouth.

Local authorities have speculated that the syringes emerged on the sandy Jersey beaches due to recent intense storms that blew through the region, as well as overflooded sewer systems across northern Jersey and nearby New York City.

The occurrence is not completely unheard of in the area. Mike Castellano, the chair of the Jersey Shore chapter of the Surfrider Foundation, told NJ.com that every time a storm strikes the area, a variety of waste starts to wash ashore in the days that follow.

Screenshot/NBC New York
Screenshot captures one of dozens of syringes that have washed ashore along the New Jersey coastline after intense storms have overflowed the local sewer systems.

Past investigations carried out by local authorities have suggested that syringes have ended up in city sewer systems as a result of individuals opting to flush their needles down the toilet, as opposed to discarding them in the trash can.

In fact, over yonder in California, such a situation got so out of control that flushed needles were causing severe damage to sewer systems in public green spaces in Sacramento, prompting officials to weigh costly solutions.

Additional storms are forecasted for the New Jersey area, suggesting that the state isn’t exactly out of the woods just yet.

US Grocery Store Administered Empty Syringes Instead of COVID-19 Vaccines